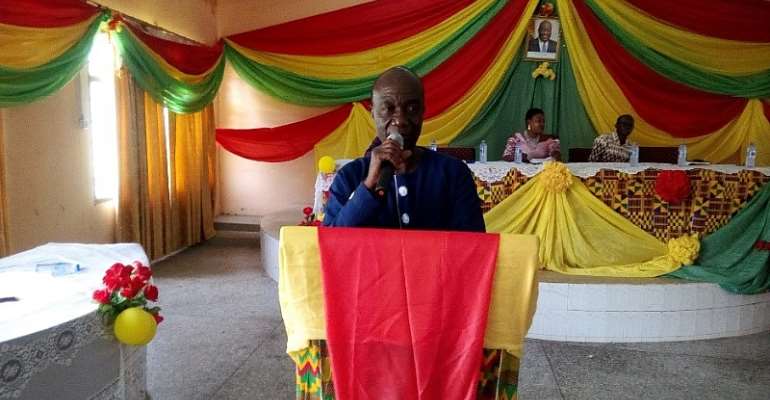 SNV Netherlands Development Organization and Center for Energy, Environment and Sustainable Development (CEESD) are partnering the Kwahu Afram Plains North District Assembly to supply electricity to all the One Hundred and Fifty-Six (156) Island Communities in the District. A roadmap of the project has been submitted to SNV for approval.

The document identified three technology options available for these communities to benefit from the project. They include; RE based mini-grids, standalone PV systems and solar lanterns.

Mini grids are a set of electricity generators and possibly energy storage systems interconnected to a distribution network that supplies electricity to a localized group of customers. Mini grids are seen as the most cost effective option for rural electrification.

Addressing a General Assembly Meeting at Donkorkrom, the DCE for the Kwahu Afram Plains North District, Mr. Samuel Kena said 17 communities have been earmarked to benefit from the Renewable Energy (RE) based mini-grids. The remaining 141 communities will be given solar home systems and solar lanterns. It is estimated that about 3,118 solar home systems and solar lanterns will be distributed by 2030 to households on the islands.

The project which will cost $38.1m is expected to provide lighting solutions to all island communities. An amount of $36.7m will go into the deployment of mini grids in the 17 Island Communities with a population of about 20,480 and $1.2m used to supply standalone PV systems including solar lanterns to about 3,118 households by 2030.

The Kwahu Afram Plains North District has majority of its population on the island communities, however access to electricity has always been a problem to the people. This intervention therefore is a ray of hope for the inhabitants in those communities.