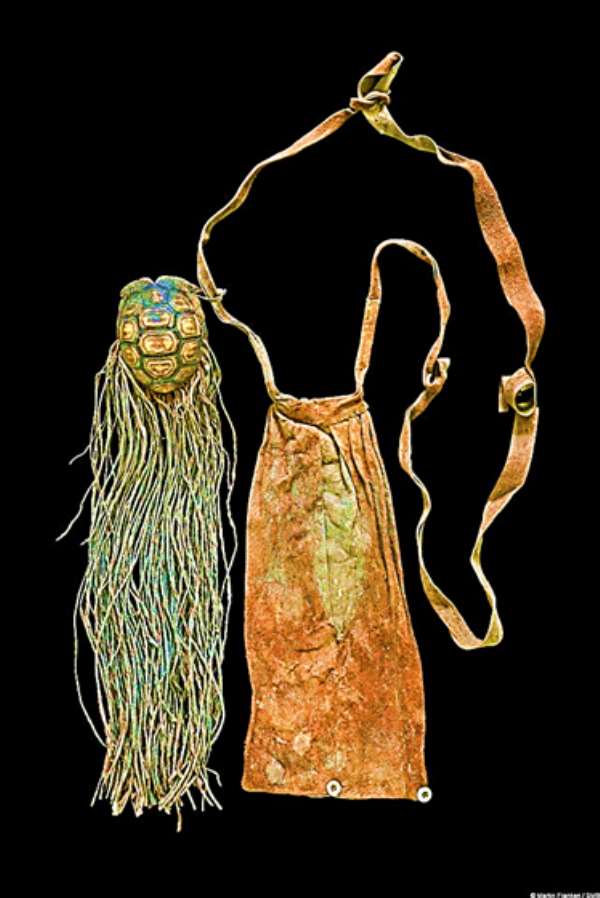 When we were schoolchildren, we wondered how Europeans were able to establish slave trade which benefitted them mainly but with African participation. The colonial regime posed even more complexities for us since we could see and experience the participation of our elders and parents in a system in which most of them appeared not to be very happy but thought and spoke about how we could end it. The unfairness of the system and its injustices were obvious to many of us but why did it last for so long? As children, we concluded that the Europeans must have had better guns and strategies for outmanoeuvring our elders.

As discussed in our last article, the Prussian Cultural Heritage Foundation, Germany, announced on 19 September 2019, that 23 artefacts out of 1400 looted Namibian artefacts that the Ethnology Museum/Humboldt, Berlin, hold, will be transferred to Namibia. During the presentation, Herman Parzinger, President of the Foundation, stated that the Namibians will - for the time being – get these artefacts on temporary loan but at the end of the projects he would be open to discuss their permanent stay in Namibia. He left open whether this will be permanent loans or restitution. A participant expressed the opinion that this could not be correct. One of the presenters then intervened with explanation that Herman Parzinger had been misinterpreted. I have listened to a recording of the meeting and I understood the President of the Prussian Foundation for Cultural Heritage to be saying indeed that the Namibians could keep some of the 23 artefacts. But I am not surprised by this unnecessary confusion. It is the usual game of the supporters of the so-called universal museums to make ambiguous statements containing different meanings for different audiences.

The general strategy that the Germans as well as the other Europeans in the so-called Benin Dialogue Group have been following is not to admit in principle that looting of artefacts was wrong and that they now have to be restituted. Restitution, in their opinion, would also lead to admitting that the various massacres and genocides as well as the colonial impunity that enabled the various raids and looting were also wrong. Germans would not admit to Namibians that the genocide of the Herero and Nama was a crime against humanity. The British would not admit that the invasion of Benin City in 1897 as well as the looting of thousands of Benin artefacts were wrong.

Queen-mother Idia, Benin, Nigeria, now in British Museum, London, UK. Would she return home permanently to Benin City, Nigeria, or would she go there on temporarily loan for three years, like a tourist?

Once we leave the question of principle aside, the British as well as the Germans are willing, or at least say, they are willing to help Africans. The Germans have even returned the Cape Cross to Namibia and say future returns are not excluded. The Europeans are all ready to loan us our looted artefacts, including the Benin artefacts. But why can they not restitute the objects? Some explanation such as legal difficulties may be advanced, but such lame excuses do not deceive anyone. There are no legal difficulties if there is a will to do the right thing. They have kept these looted artefacts for hundred years; they could keep them for the next two years or the time required to provide the necessary legislation. German Culture Ministers said in a statement on in March 2019 that there are no legal difficulties in the way of restitution and if necessary, new legislation would be provided.

But how are Africans reacting to all this? Ethiopians have made it clear they will not accept loans of their artefacts looted by the British at Maqdala in 1868. Nigerians seem to have accepted the idea of loans of looted Benin artefacts. However, when I mentioned this in an article, I was severely criticised by a Nigerian legal scholar who has been advising the Nigerian National Commission on Monuments and Museums, but he did not advance a single argument to justify the idea of Nigeria borrowing looted Benin artefacts from those who looted them in 1897. How will future Nigerian and Namibian children view all this when they realize that this time the Europeans did not use any guns or military might?