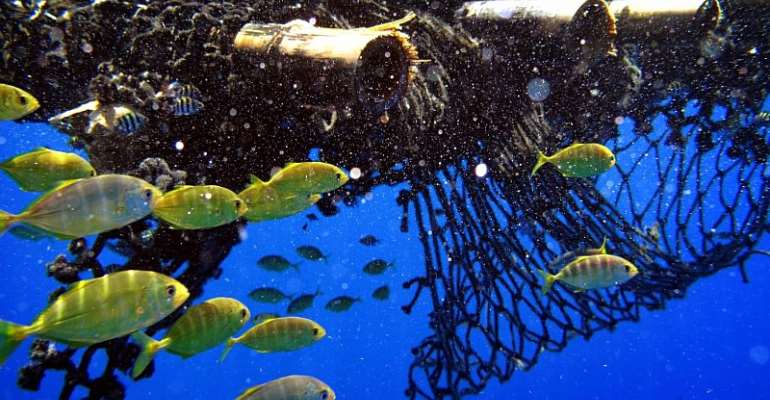 The world's high seas represent a vital buffer against climate emergency. An ambitious treaty in the making aims to provide robust legal protection against over exploitation for the incredible riches of the oceans.

On the sidelines of the United Nations General Assembly in New York, discussions about the protection of our oceans are not getting the kind of attention scientists and activists were hoping.

Over the past two years, the UN has been working on a global ocean treaty, under the 1992 UN Convention for the Law of the Sea (UNCLOS).

This legally binding agreement for biodiversity beyond national jurisdiction (200 nautical miles) aims to protect the world's high seas. It should be completed during the fourth and final round of talks, due in March/April 2020.

Oceans cover nearly three-quarters (71 percent) of the earth's surface. Two-thirds of the oceans are known as the high seas. They do not belong to any state or anyone in particular, they belong to all of us.

Only 1 percent of the high seas are currently protected, yet they are home to an extraordinary variety of life, from the huge blue whale to tiny single-celled organisms.

“It is so important to protect our high seas because healthy oceans are our best defence against the worst impact of climate change. Healthy oceans are able to store carbon,” says Will McCallum, the head of Oceans at Greenpeace UK.

“More than half of the emissions of fossil fuel that we ever burnt have been absorbed by the oceans. So, protecting them is our insurance policy.”

McCallum adds that the high seas contain some of the “most amazing” ecosystems in the world, like sea mountains, canyons or the “incredible” Sargasso Sea in the North Atlantic and its network of ocean currents.

The high seas were a safe haven for ocean life because humans didn't go that far to exploit its riches.

But with modern technology, fishing vessels can go further and deeper. Drilling and mining is now possible far out into the high seas. Climate change and pollution are adding pressure, causing increasing damage year after year.

“We are seeing new fisheries opening despite scientists warning that we have to cut the amount of fish we are catching in these areas,” says McCallum.

“Protecting the high seas is about keeping them resilient to the worst effects of climate change. It is also about helping them recover from these many threats we have been piling on them.”

Ambitious treaty for oceans
Even though there is a legal framework governing the high seas, it is very patchy, according to McCallum. It only governs specific aspects, such as fisheries, mining or shipping, “but no one is looking at the whole picture”.

“When you are undertaking mining activities,” he explains, “you are not forced to consider the cumulative impact they may have on the water columns above the seabed.”

The global ocean treaty aims to take a much more comprehensive approach towards the protection of oceans.

For example, instead of granting a company a set quota for fishing, the treaty will force the parties to look at all other pressures on that part of the ocean. They will need to ascertain if mining is taking place in that sector, if it is a busy route for shipping and also evaluate the impact of climate change.

Incredible biodiversity
“When we look at biodiversity on the high seas, we are thinking of creatures that migrate from one end of the Earth to the other, or whales, sharks, tuna and turtles that nest in the Sargasso Sea,” McCallum says.

“These are creatures that need protection for where they breed, feed, grow old. And all these places are in different locations around the globe.

“Having a global ocean treaty will allow us to provide protection for this biodiversity that we all depend on at every stage of its life.”

A legally binding document
The challenge over the next six months is to ensure that the 193 UN member-states agree to this global ocean treaty.

“It's no mean feat to get 193 countries to agree to anything in this world,” he says. "The question is whether they will give it the powers it needs in order to properly protect our oceans.”

According to McCallum, progress has been slow as delegates are “simply arriving and re-stating existing positions”.“If we want to get an ambitious global ocean treaty, we need to see much more senior politicians coming to New York and genuinely engaging in the issues rather than simply trying to preserve the status quo.”