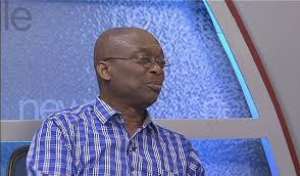 He feels government’s ‘provocation’ response in regards to the slapper of Member of Parliament for Ningo Prampram, Hon. Sam George captured in the white paper is needless.

“I’m not comfortable with that particular aspect of the white paper. Government should have allowed the thing to flow.”

He said government shouldn’t have included that aspect in the white paper. “I have problem with that aspect of the provocation, I do personally. I’m not a lawyer but I’m very uncomfortable with it and I wish it hadn’t happen.”

On the issue of the disbandment of the standing force, he mentioned that he supports the recommendation.

According to him, government stance on rejecting the recommendation is inappropriate. “In this respect, by my nature government disbanding it would be better.”

“I must be honest with you, I’m in support with it but appears government rejected it," he lamented.

The Emily Short Commission submitted a report to the President H. E Nana Addo Danquah Akuffo Addo after it was tasked to investigate and produce a fact finding report on happenings in the Ayawaso West Wuogon by-election violence earlier this year. However, the government has rejected about 58.9% of the commission’s report.

Among the recommendations rejected, the government said Mohammed Sulemana, the SWAT officer seen on camera assaulting the Ningo-Prampram MP did not need to be prosecuted, contrary to recommendations by the commission.

The government in the White Paper argued that the facts presented by the commission supported “a valid defence of provocation for the said assault [by Mohammed Sulemana].”