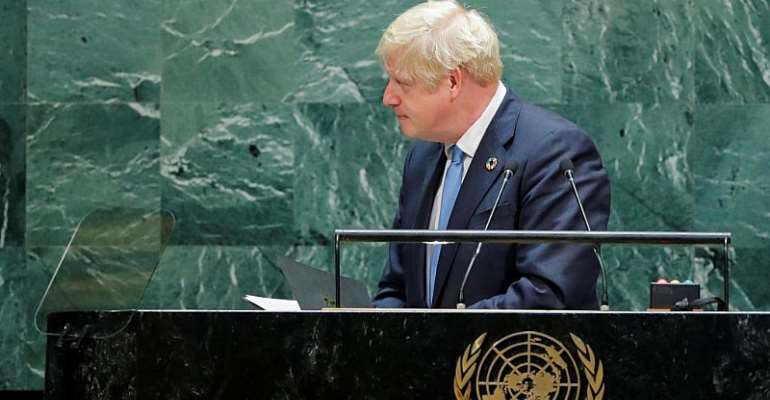 British Prime Minister Boris Johnson is to face MPs after they reconvened following the Supreme Court's damning judgement that his suspension of parliament in the run-up to Brexit was unlawful.

Johnson flew back from the UN General Assembly in New York into a major crisis that has sparked calls for his resignation just weeks before Britain is due to leave the European Union on October 31.

Despite the stunning rebuke from the highest court in the land, the Conservative leader continues to insist he will take Britain out of the bloc next month even if he cannot agree exit terms with Brussels.

However, Attorney General Geoffrey Cox told MPs the government would abide by a law passed this month demanding Brexit be delayed to avoid a "no-deal" exit.

Cox did not explain how the government could do so and still keep its promise.

Cox was summoned to the House of Commons to answer questions about Tuesday's court judgment, until Johnson – who only landed mid-morning – can set out his next steps later in the day.

The government's top lawyer said ministers respected the historic ruling that Johnson's suspension or prorogation of parliament for five weeks until October 14 was unlawful.

"We lost, we got it wrong," Cox said.
He suggested that in response, the government would try for a third time to call a snap election to try to resolve the political impasse over Brexit.

The leader of the main opposition Labour party, Jeremy Corbyn, has called on Johnson to resign following the court ruling.

However, he told the BBC he would not call a confidence vote in parliament until the possibility of a no-deal Brexit has been eliminated.

"Our first priority is to prevent a no-deal exit from the European Union on October 31," he said.

'Dead parliament'
Johnson, who only took office in July, insists he suspended parliament to allow his new government to launch a fresh legislative programme.

But critics accuse him of trying to silence MPs, the majority of whom object to his threat to leave the EU without a deal.

In rowdy scenes in the packed House of Commons, Cox accused MPs of trying to block Brexit at every turn.

He charged Labour with being "cowardly" for having twice rejected Johnson's call for fresh elections to resolve the political impasse.

"It won't, because so many of them are really all about preventing us leaving the European Union."

After the court judgement, Johnson called again for an election, hoping to take advantage of opinion polls showing voters like his tough Brexit stance.

Cox said there would be an "election motion that will be coming before the House shortly".

However, a snap election requires support of two-thirds of MPs -- and opposition parties prefer to keep Johnson on a tight leash.

Veteran Labour MP Barry Sheerman accused the government of having "no shame".

"This government cynically manipulated the prorogation to shut down this house so that it couldn't work as a democratic assembly."

'Nothing untoward'
The ruling is a hammer blow to Johnson's authority, and comes after a series of defeats in parliament.

MPs rushed through a law this month demanding the prime minister delay Brexit if he cannot get a deal by next month.

Ministers have suggested they will try to get around the law, but asked directly if the government would abide by it, Cox said: "Yes."

Yet Johnson continues to insist he will leave the EU on October 31 -- for which he needs to get a Brexit deal.

He is seeking to amend the terms struck by his predecessor Theresa May, which have been rejected by MPs three times.

However, EU leaders are not optimistic.
In another headache for Johnson, one of his ministers was called to answer questions in the Commons over the prime minister's relationship with a US technology entrepreneur.

The Sunday Times newspaper reported that Jennifer Arcuri, a former model, was given privileged access when Johnson was London mayor and earlier this year received substantial public funds.

"We have no reason to think there is anything untoward in this particular matter," Digital Minister Matt Warman said