Ukraine at the center of US impeachment quarrel 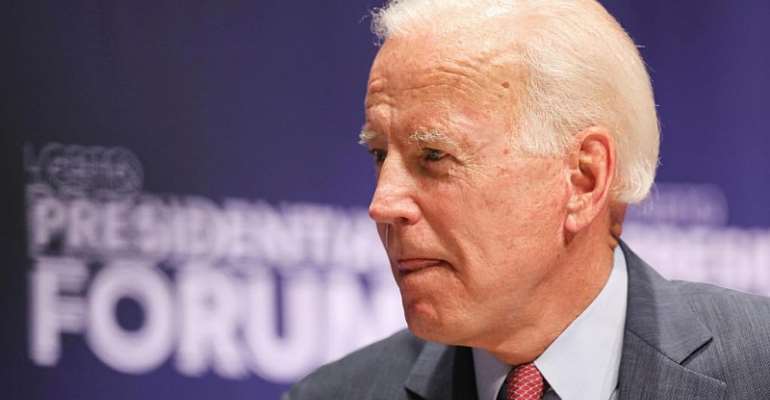 The political scandal over Donald Trump's attempt to seek compromising information from Ukraine on his potential 2020 Democratic presidential rival Joe Biden resulted in Speaker of the House Nancy Pelosi launching an impeachment inquiry. But what's the view from Ukraine?

“There is a huge discussion in Ukraine about the scandal,” says Oleksey Ryabchyn, a former Member of Parliament for Yulia Timoshenko's Fatherland Party, now working as an International Relations professor at the Institute of Foreign Relations in Kiev.

But he says that people are too cautious to comment and would rather wait for a personal meeting between Trump and President Zelenski.

Central to the impeachment arguments in the US are allegations that Trump asked Ukranian authorities to investigate former vice-president Joe Biden's son Hunter for corruption.

In the transcript of a telephone conversation between Trump and Zelenski on 25 July, Trump asked the Ukrainian president to look into what had happened to the investigation of the case against Hunter Biden. "There's a lot of talk about Biden's son," reads the transcript of Trump's call to Zelensky. "That Biden stopped the prosecution and a lot of people want to find out about that. ... Biden went around bragging that he stopped the prosecution so if you can look into it... It sounds horrible to me."

According to the transrcipt, Zelensky promised that the prosecutor "will look into the situation".

Ryabchyn had met with Biden after he gave a landmark speech in the Ukrainian Parliament in December 2015.

“I felt that Mr. Biden really cared about helping Ukraine in the fight against corruption, establishing democratic institutions. He is a friend of Ukraine.

Burisma Holdings
He doesn't want to say much about the role of Hunter Biden, who was a member of the board of directors of Burisma Holdings, where he started working at the same time as his father was pressuring Ukraine to root out corruption.

The Biden-Biden link is at the core of arguments for impeaching Trump. The US President and his personal lawyer Rudy Giuliani have suggested, without evidence, that Biden improperly pressured Ukraine to fire a prosecutor who had at one point been investigating Burisma Holdings.

Hunter Biden stepped down from the board of directors earlier this year.

The website of Burisma Holdings, “the leading private natural gas producer operating in Ukraine” today lists Alan Apter as the Chairman of the Board, and as directors Aleksander Kwaśniewski, a former Polish President, Joseph Copher Black, a former Director of the CIA's Counterterrorist Center, and Karina Zlochevska, daughter of Mykola Zlochevskiy, an ex-minister in the cabinet of the deposed Viktor Yanukovich, who is wanted for corruption.

“It is a company with not a very great reputation, but this is just political whispers. He was on the board, but he didn't do any criminal stuff.”

War with Russia
US-Ukraine ties changed subtly after Trump took the helm in the White House. “Under both administrations, we had the same great level of bi-partisan support.

"Under Trump, the Americans help Ukraine to fight the war with Russia," he says.

Since Russian-backed rebels took over the Donbas region in the east of the country, some 13.000 people have died.

"During the Obama administration, the focus was on building democratic institutions, fighting corruption. It was more about good governance. Under Trump, we get more financial aid for the military forces," he says.