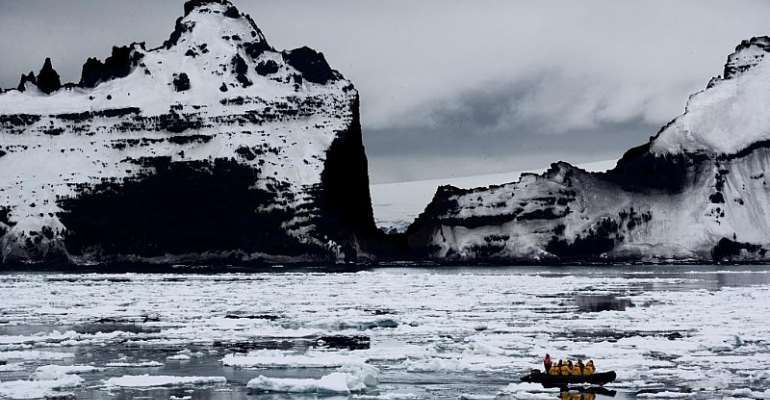 Scientists have unveiled a drill that will unearth the world's oldest ice cores from deep in the belly of Antarctica – revealing the secrets of our prehistoric climate.

Burrowing three kilometres below the surface of a remote part of the Antarctic ice cap, the nine-metre-long machine will withstand temperatures of minus 55 degrees Celsius as it extracts samples of ice that have lay undisturbed for a million years.

Ice cores – tubes of ice drilled from an ice sheet – are climactic timescales that recount the story of the Earth's atmosphere over the millennia, thanks to tiny bubbles trapped between the flakes of snow.

However, finding one that dates back a million years or more is the “holy grail” of climate science, says Dr Tas van Ommen, a glaciologist with the Australian Antarctic Division (AAD), which is behind the project.

Slowing of ice age cycles a mystery
“About a million years ago, we switched from having ice ages that pulsed every 40,000 years, to climate cycles that recurred every 100,000 years…and this slowed down for a reason we don't understand,” van Ommen explains.

“We think carbon dioxide probably played a role…and because we are now disrupting the climate system by injecting large amounts of CO₂, in order to predict the effect that's going to have, it's really important for us to understand this change.”

The Antarctic drilling site, 1,200 kilometres inland, was surveyed for many years before it was chosen as the spot most likely to be sitting on ancient ice – with just the right about of snowfall to create clear layers over time.

While existing ice core records from around the world have told us much about the relationship between carbon dioxide and temperature, they're not old enough to plug the “last large gap in climate science”: why the length of time between ice ages has increased.

“Greenland is a wonderful place for drilling ice cores; it's just that the oldest layers there only go back about 130,000 years,” explains van Ommen. “If we go into Antarctica's high central plateau, where there is very little snowfall every year and the ice is really thick – three kilometres or more – we can get layers that take us back well over a million years.”

An international collaboration funded by the Australian government, the AAD project won't start drilling until 2021. Specialist equipment will be transported to a remote field camp, home to a team of 16 people, where drilling is expected to take at least four years.

Van Ommen sees his team as the beneficiaries of a global effort to advance ice core research. “Ice core drilling really only became a technology that developed in the 1980s, largely by our colleagues in Denmark and Europe who were drilling in places like Greenland," he says.

“What we've done over the years, as a community, is taken those designs, developed them and adapted them.”

The Australians are not the only ones in search of the million-year-old ice core in Antarctica. Van Ommen's team will be working closely with a European consortium, funded by the EU, who will start drilling into the continent's eastern ice sheet in December.

“We'll be in an area where there is already a strong presence from the joint European Concordia station at Dome C to drill what will actually be two ice cores that are not that far apart," von Ommen says, adding that two projects will serve to reinforce each other's results.

“Not only do you need as much ice as possible, you also need to be able to replicate what you see from a different location in order to draw strong conclusions.

“So I expect that the European project, which is up and funded and beginning already, will have a very close cooperation with our project as we recover these two ice cores.”