The Akyem Abuakwa Traditional Council led a demonstration against the NDC

The founder of the centre-left NDC, Jerry Rawlings expresses delight over a protest march that forced an apology from his party over unsavoury comments made by a Regional Executive.

“I'm glad the Okyeman citizenry bared its teeth enough to elicit an apology from the NDC branch responsible,” the former President wrote on Twitter. 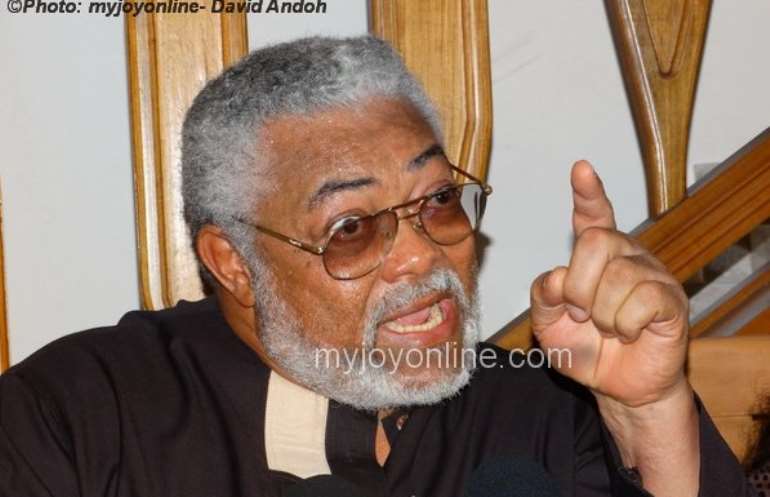 What is the row about?

The Ashanti regional branch of the opposition National Democratic Congress apologised to the Okyenhene and the people of Akyem Abuakwa after the backlash that followed comments by the Regional Secretary.

Kwame Zu reportedly said last Thursday that the people of Kyebi competed with animals for water until former President John Mahama of the NDC provided a source of water for its residents.

The comments were described as an insult to the people of Akyem Abuakwa, spiking various calls for an apology and later a mammoth demonstration against the biggest opposition party. 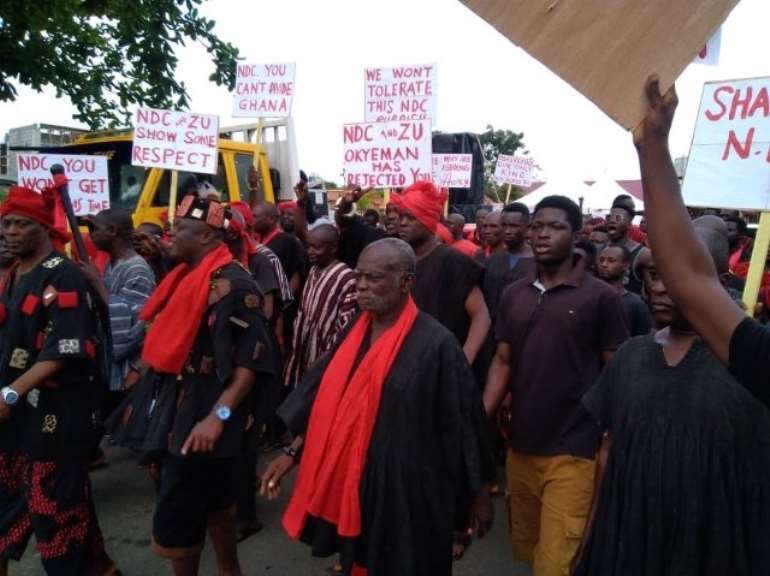 The protestors held placards reprimanding the NDC for the comments by Mr. Zu

In his apology, Mr. Zu wrote: “I wholeheartedly regret making that statement.”

Mr. Rawlings has since called on members of his party “not to sway from the ideals” of the NDC which he described as “natural justice, discipline and respect.”

What demands has been made of the NDC?

The Akyem Abuakwa Traditional Council has, however, asked for more than an apology from the NDC.

“A ritual pacification must be performed by the party to appease His Majesty the Okyenhene,” Secretary of the Council, Daniel Marfo Ofori-Atta said while addressing participants of the protest march.

According to him, the NDC will not be accorded “any future request for clemency and redemption of their customary transgressions if they fail” to accede to this demand.

The Akyem Abuakwa Traditional Council has also asked for “appropriate disciplinary sanctions of the party against the conduct of Kwame Zu.”