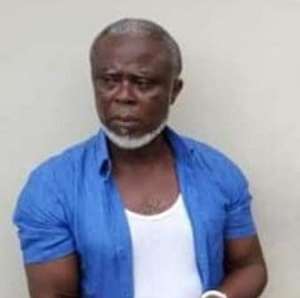 The Medical and Dental Council Ghana (MDCG) says Dr Fredrick Yao Mac-Palm, who has been arrested over an alleged plan to destabilise the nation, is yet to renew his license to practice this year.

In an interview, the Registrar of the Council, Dr Eli Kwasi Atikpui explained that Dr Mac-Palm was a qualified practitioner who was registered in May 2011 to practice, having passed the February 2011 Examination.

Dr Mac-Palm has since renewed his registration except for 2019. He operates the Citadel Hospital at Alajo where a team from the Security Agencies retrieved assorted weapons and improvised explosive devices.

He and one other have been accused of plotting to destabilise the country and have been charged with conspiracy to manufacture arms.

Concerning the alleged destabilisation plan, Dr Atikpui, said since the case against Dr Mac-Palm was a criminal one, the Council would wait till the end of the determination of the case until it proceeded with its internal actions should it become necessary.

“It is after he has been convicted that we can come in to say to take it up from there,” Dr Atikpui stated.

The MDCG is the state body responsible for regulating the standards of training and practicing of medicine in Ghana, and the keeps registers of duly qualified practitioners. 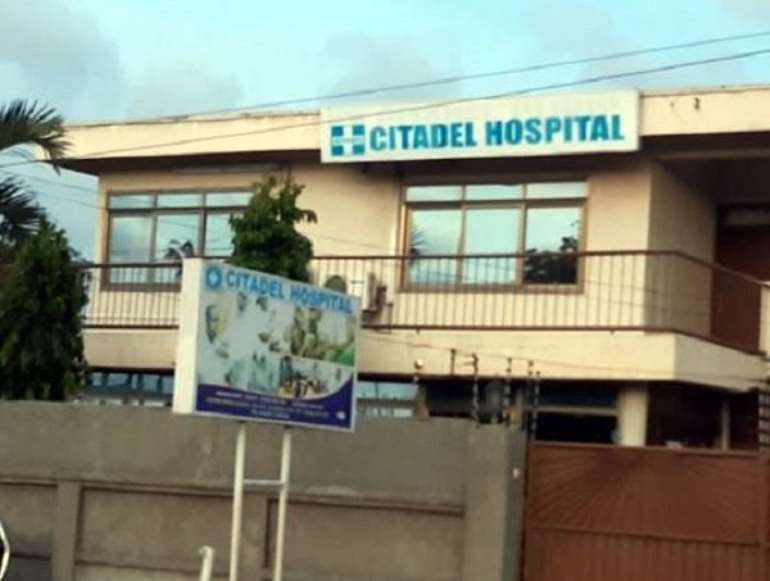 Practitioners are mandated to renew their licences annually at the end of December 31 to be able to practice in the subsequent year.

Meanwhile, the Health Facilities Regulatory Agency, which is responsible for licensing both private and public facilities, which provide health care services told the GNA in an interview that the Citadel Hospital had a long-term license, which would expire in September 2021.

This license was issued in September 2018.

The Agency is, however, in the process of downgrading it to a clinic following its routine visit to the facility in June 2019.

According to Dr Mac-Palm's Facebook Account, he completed Bishop Herman College, Kpando, Volta Region, in 1985 and proceeded to Kwame Nkrumah University of Science and Technology (KNUST), where he completed in the year 1991.

He pursued further education at the University of North Carolina, Greensboro, from August 1998 to June 2000.

Practitioners trained outside the Council have to pass an examination conducted by the MDCG.

The Ghana Medical Association has said their preliminary checks indicate that he is not on their roll.

Dr Mac-Palm, is being held together with two other persons – Ezor Kafui, a manufacturer of local weapons, and Bright Allan Debrah Ofosu (aka BB or ADC).

Mr Kojo Oppong Nkrumah, the Information Minister, in a statement issued on Monday, September 23, said Dr. Mac-Palm was one of the key suspects involved in a plot to destabilize the nation.

A container at the hospital, which was intended for use as an X-ray laboratory, had been turned into a workshop for manufacturing weapons.

The arrest of the suspects and seizure of the weapons followed an operation conducted by officers of the Defence Intelligence, Criminal Investigation Department of the Ghana Police Service and the Bureau of National Investigation after a-15 month surveillance.

The Information Minister’s statement said the security agencies had neutralized an elaborate plan to destabilize the Government.

It added that they retrieved arms, explosive devices and ammunition from locations in Accra and Bawaleshie near Dodowa.

The joint security personnel also uncovered the outlined plan for the intended operation as presented by some soldiers at one of their meetings at Next-Door Resort.

The statement said surveillance on the activities of the persons involved in the planned attack commenced in June 2018, when Dr. Mac-Palm and Debrah Ofosu started organizing a series of meetings at the Next-Door Beach Resort, in Teshie, and other locations in Accra, in furtherance of their objectives.

Between June and August 2018, BB, acting for and on behalf of Dr. Mac-Palm, contacted a number of serving military personnel, and talked them into hatching, and executing a plot to obtain weapons, take over key installations and secure funding for the purpose of taking over the reins of government.

In August 2018, Dr. Mac-Palm and two others, Kennedy Amoah and Dr. Albert Sam (based in the USA) formed a group called “Take Action Ghana” (TAG), under the guise of mobilising the youth for nation-building, education, health, and providing shelter to the needy.

Available evidence showed the intent was to build a support base of youth and radicalise them against the political authority in Ghana, it said.

In furtherance of this scheme, Dr Mac-Palm contracted one Mr. Ezor from Alavanyo to produce locally made weapons and Improvised Explosive Devices (IEDs) for the operation.

In July 2019, Mr. Ezor set up a workshop in a container, originally used as an X-Ray laboratory, at the premises of Citadel Hospital, and started producing the weapons and IEDs in-house.

On 10th September 2019, Dr. Mac-Palm and Mr. Ezor procured from the Korle Bu Teaching Hospital, some essential chemicals to be mixed with gun powder, stone chippings, surgical needles and powdered pepper for their operations.

Dr Mac-Palm also contracted a worker at the Base Workshop in Burma Camp to supply 10 AK 47 riffles and made an advance payment ofGH¢ 7,000.00.

On Thursday, 19th September 2019, at about 2300 hours, still under surveillance, Dr. Mac-Palm, Mr. Ezor, and one soldier went to an area close to the Laboma Beach to test some of the locally manufactured weapons.

The IEDs and all the exhibits are currently in the custody of the BNI, whilst investigations are being carried out for further action.