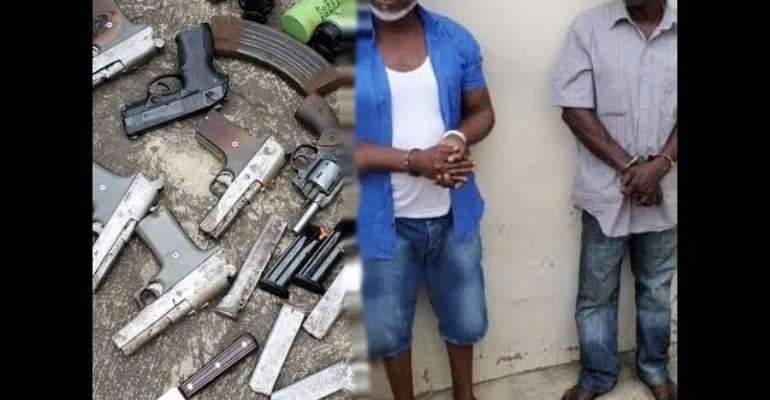 News of the arrest of a number of individuals alleged to be manufacturing and stockpiling locally manufactured guns and improvised explosive devices, has come as a shock to many ordinary people across Ghana.

Many opinions have been expressed by ordinary people nationwide in vox pop interviews by reporters for Ghana's many media houses.

It is vital that we do not rush to pass judgement on the matter, without hearing the evidence to be used by the Attorney General, in any prosecutions that follow this outrage. Perhaps, there might be more to this development than meets the eye, so to speak.

Yes, it might even sound like a joke to some, but let us not forget that Ghana has many secret enemies, who are jealous of the strides we have made as a people.

Nothing would make such secret enemies happier than to fund such destabilisation plots - especially ones that won't cost them the earth to fund: which is what this alleged coup plot looks like.

Above all, for all we know, the arrogant idiots who say they want the Volta Region to secede from Ghana, and are deadly earnest in the nation-wrecking aims they seek, might actually be behind this abomination.

If they are, then it is obvious that their aim is simple: Make a series of small deadly strikes against high-value targets that get maximum publicity globally, and start a PR onslaught on Ghana, across the world, using social media platforms.

Finally, some patriotic individuals (including me) might dislike the Bryan Acheampongs intensely, for their unprofessional gung-ho methods, but we fully support their handling of this particular shocker. They were right to move in before those idiots start damaging our international reputation - as a safe haven in a turbulent sub-region of Africa, to the west of the continent: which is home to the famous Pan-African hero, Kwame Nkrumah.

The author has 689 publications published on Modern Ghana.