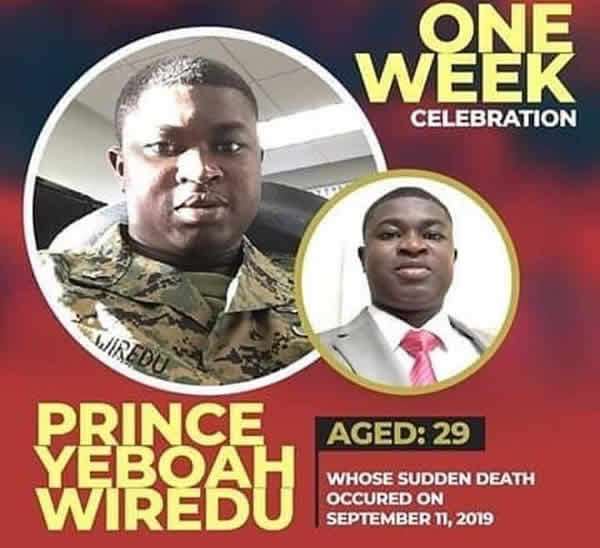 A Ghanaian-born US citizen, Prince Yeboah Wiredu, who allegedly committed suicide had been sacked from the US navy in August 2017.

The deceased was a Personnel Specialist Second Class (E-5) in the U.S. Navy

A copy of the judgement obtained by JoyNews reads “the members [of the court] sentenced the appellant to 12 months’ confinement, reduction to pay grade E-1, total forfeitures for 12 months, and a dishonourable discharge.”

This was after three women came forward claiming he had forcibly had sex or sexually assaulted them between January to May 2013.

Sources close to the family say Mr Yeboah Wiredu developed mental health issues after he was dishonourably discharged from the military in 2017.

He grew abusive leading to a separation from his wife who joined him in the US in 2016. 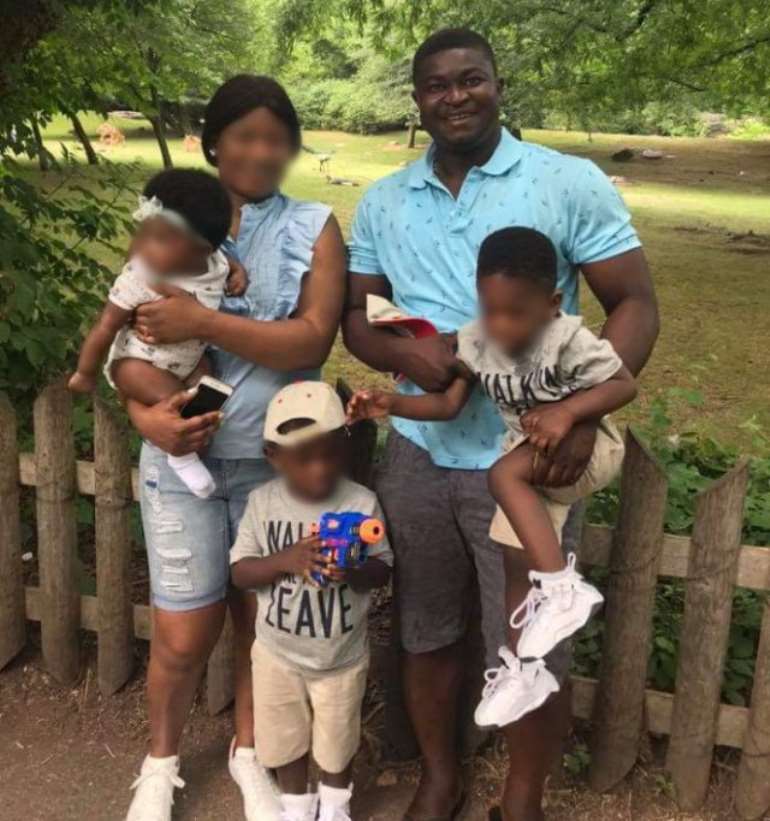 Prince Yeboah Wiredu with his family

JoyNews has obtained a copy of the judgment giving details of the sexual assault.

Below is the narration from the court-martial documents.

Ms. JW and the appellant agreed to meet in person after first connecting online. On 13 January 2013, the appellant picked JW up in his car and drove her to an apartment. Once there, the appellant offered her a drink and attempted to kiss her, both of which she declined. The appellant and JW then relocated to a back bedroom so the appellant’s friend could use the living room. Once in the bedroom, the appellant disappeared into a closet, emerging minutes later naked except for a condom.

JW alleged that the appellant then sexually assaulted her by penetrating her with his penis despite her continued efforts to push him off and tell him, “please stop.”2

Both before and during the alleged assault, JW text-messaged or called two separate friends requesting they pick her up:

[Friend]: Idk wat to do. I cnt walk there

Ms. SB connected with the appellant at a club on 17 May 2013 before agreeing to leave with him for an apartment. Once there, SB alleged that the appellant “started to bite [her] clothes off”4 before forcing her to engage in vaginal intercourse.