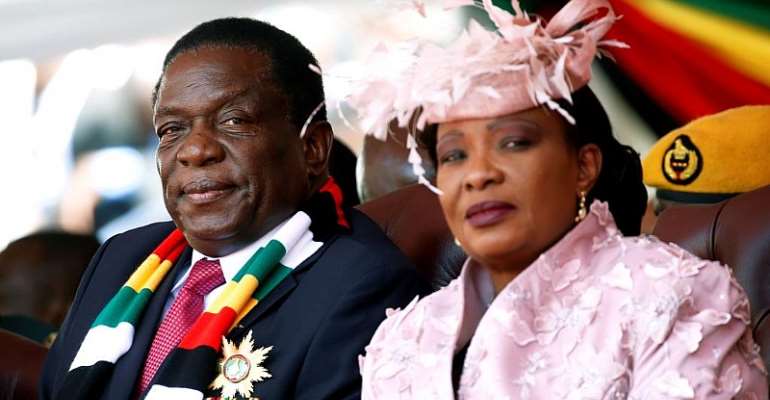 A group of retired US diplomats and civil society leaders has penned a letter of protest to Harvard University, after Auxillia Mnangagwa, Zimbabwe's first lady, picked up an award for contributions to healthcare in her country, where a huge doctors' strike has brought medical services to a halt.

The letter was addressed to the heads of Harvard University and Harvard Global Health Catalyst.

“To be blunt, your well-intentioned work in these areas is tainted by the affiliation with Ms Mnangagwa and her direct personal connection to an increasingly corrupt and abusive administration in which tolerance for dissent is non-existent and democratic rights are routinely denied,” according to the letter signed by 14 former high-ranking US officials – including the past four US ambassadors to Zimbabwe.

Zimbabwe's public sector doctors have been on a de facto strike, demanding their salaries be pegged to the US dollar as skyrocketing inflation is preventing them from having the means to eat or even get to work.

Dr Peter Magombeyi, the president of the Zimbabwe Hospital Doctors Association, was recently found after being abducted and tortured for five days for speaking out on the strike.

As of press time, he had been barred from leaving the country for additional medical treatment even though a high court ruled he was in his right to do so.

“While the case of Dr Magombeyi is indeed alarming, his order is only the latest in a raft of disappearances carried out in Zimbabwe, over the course of several decades, and since president Mnanagagwa took power in a military coup in November 2017,” according to the letter.

“The doctors have been on strike, their members are being attacked, intimidated. So this is a paradox – a tragedy that anybody can be given that award,” Rejoice Ngwenya, the executive director of a Harare-based think tank Coalition for Market and Liberal Solutions (COMALISO), told RFI.

“It's not the right time to be issuing out awards to do with healthcare in Zimbabwe, especially a politician, because there is a health crisis,” he added, referring to Ms Mnangagwa, who is also an MP representing Chirumhanzu District in Midlands province.

"Hospitals have no drugs, there's barely any electricity, the water situation is bad, so it is questionable whether anybody in the political dynasty can receive an award.

“To add insult to injury, most ministers and the president and top officials, they go to Hong Kong or even South Africa for medical treatment," said Ngwenya.

Ms Mnangagwa's award was written up in Zimbabwe's state paper The Herald as “bagging another award...due to the sterling work she is conducting in the country's health sector”.

The first lady received the prize and honourary ambassadorship in the US, where she is attending the UN General Assembly in New York as part of the president's entourage.

The timing is telling, considering the crisis currently gripping her country, according to Jeffrey Smith, founding director of Washington DC-based Vanguard Africa, an organisation that advocates ethical leadership on the African continent.

RFI contacted Harvard Global Health Catalyst, but the organisation was unavailable for comment.

“Oftentimes, abusive, wholly repressive regimes like the kind that exists in Zimbabwe will attempt to use these prestigious, international institutions, such as Harvard, to put a positive veneer on what is happening in the country, to deflect from human rights abuses, the massive shortfalls in medicine,” Smith told RFI.

“That's exactly what is happening here. Currently Zimbabwe is working with the biggest PR firms here in Washington DC, paying them substantial sums of money, along with another lobby firm in London,” said Smith.

The honorary ambassadorship bestowed on Ms Mnangagwa comes a day after Harare City Council had to shut down its waterworks due to lack of foreign cash to buy water treatment chemicals.

There is now no running water in the capital.
Lack of access to clean water was a key culprit in the 2018 cholera epidemic in Zimbabwe, where more than two dozen people were killed, mainly in Harare.

“Instead of Zimbabwean leaders working to fix these largescale problems, they'd rather invest in bogus awards and PR and lobby efforts," Smith said. "This is an indication of the misplaced priorities of the government, and an indication of the direction this regime is going – which is entirely backwards.”

The letter to Harvard Global Health Catalyst implores the group to exercise due diligence and rescind the honour to First Lady Mnangagwa.

Smith says it's important that it came from a high-level group of Americans – all who have vast amounts of experience in Zimbabwe or the region.

“For the average Zimbabwean who picks up The Herald or another state-run media, they will see that the US, by extension, is supporting this abusive regime that very clearly does not care about the well-being and the dignity of their citizens," he said.