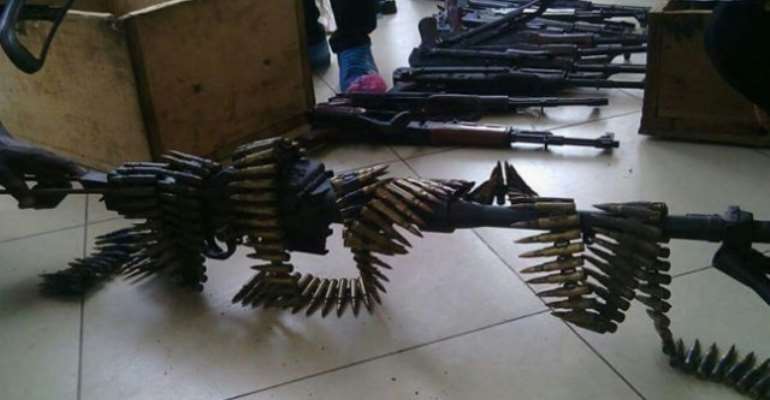 Ghana's small arms management regime has come on the radar of Dr Kwesi Aning, following revelations by the government that it has successfully foiled a coup plot.

Dr Aning, who is Director of the Faculty of Academic Affairs and Research of the Kofi Annan International Peacekeeping Training Centre (KAIPTC), said Tuesday morning that, data on the availability, circulation and registration of locally manufactured and imported industrial guns have become dire.

“If we don’t resolve all the leakages or we don’t get a grasp of where these guns might have leaked from,” Ghana faces a major security threat, he said on the Super Morning Show on Joy FM. 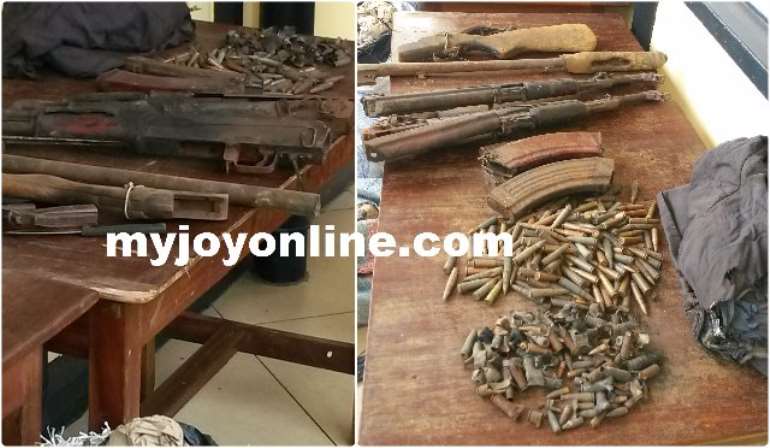 His comments follow news on Friday that a joint security operation led to the retrieval of several arms, explosive devices and ammunition from locations in Accra and Kpone Bawaleshie in Dodowa.

The government said personnel from the Defence Intelligence, Criminal Investigation Department (CID) and Bureau of National Investigations (BNI) conducted a successful operation which led to the arrest of three persons said to be part of an elaborate plan to overthrow the current administration.

Information Minister, Kojo Oppong Nkrumah, disclosed in a press statement that the joint operation was to neutralise the plot targeted at the Presidency and with the ultimate aim of destabilising the country.

“The arrest and seizure come after 15 months of surveillance and gathering of evidence on the activities of the prime suspects and others,” he said in the statement released on Monday.

Dr Frederick Yao Mac-Palm, said to be the owner of Citadel Hospital, the location of the arms manufacturing facility, and his two accomplices – Ezor Kafui (a local weapon manufacturer) and Bright Allan Debrah Ofosu (aka BB or ADC) have been picked for interrogation.

Some military personnel have also been arrested.
Some security experts have said the government may be wrong to classify the suspects as coup plotters. They say the weapons seized and the background of persons involved, make the claim the suspects were scheming to commit a treasonable offence untenable.

But the government insists it has evidence to back its coup plot claims. 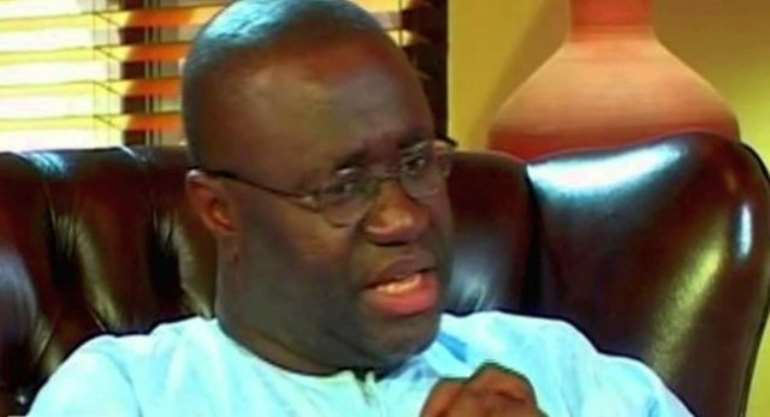 Speaking on Tuesday on the matter, Dr Aning said in his view, “the core of the issue relates to the issue of small arms.”

“We will need a better understanding of both the demand side and even more importantly, the supply side and then to improve the legislation” on small arms, he said.

Listen to Dr Aning in the audio link below.

Small arms in Ghana
A national small arms baseline survey conducted in 2014 has established that 2.3 million small arms are circulating in Ghana.

The study revealed that some 1.1 million of the arms were being possessed illegally by civilians, posing a threat to national security.

A maiden research, which was conducted 10 years ago, also established that as of 2004 there were 240,000 guns in circulation.

The figures indicate an increase of over 850 per cent in 10 years.

The research was conducted by the Small Arms Commission in collaboration with the Kofi Annan International Peacekeeping Training Centre (KAIPTC), with financial and technical support from the United Nations Development Programme (UNDP).