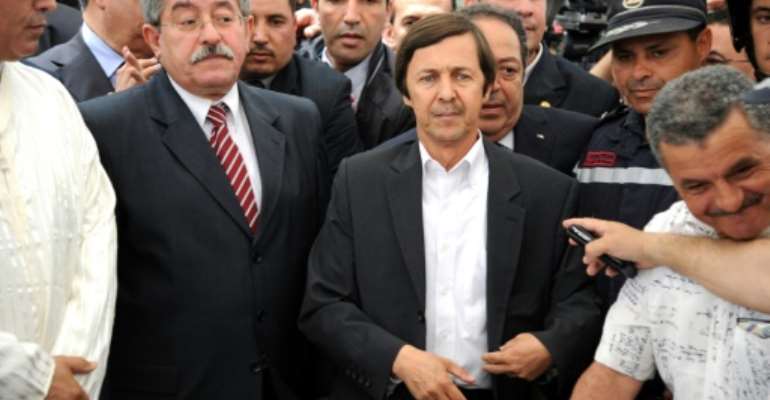 Algerian prosecutors on Tuesday sought prison sentences of 20 years for the brother of deposed president Abdelaziz Bouteflika and three other senior officials accused of plotting against the military.

Said Bouteflika, widely seen as the real power behind the presidency after his brother suffered a debilitating stroke in 2013, went on trial on Monday alongside two former intelligence chiefs and a political party head.

They face allegations of "undermining the authority of the army" and "conspiring" against the state.

On Tuesday, prosecutors at the military court in Blida, south of Algiers, "asked for the maximum sentence of 20 years against all the defendants". defence lawyer Miloud Ibrahim said.

Said's detention in May along with General Mohamed Mediene, who headed the all-powerful secret service for 25 years, and fellow ex-spy chief General Athmane Tartag was part of a wave of arrests targeting the ousted president's inner circle.

Mediene, known as Toufik, headed the all-powerful DRS intelligence agency from its foundation in 1990 up to his fall from grace in 2015.

Tartag, his deputy, succeeded Mediene and when the DRS was dismantled in 2016 he served as Algeria's security coordinator under the supervision of the presidency.

A string of prominent politicians and businessmen have been questioned or detained over alleged graft since Bouteflika resigned in April after two decades in power in the face of mass protests.

Presidential elections have now been set for December 12, but protesters have kept up their demands for political reforms and the removal of the former president's loyalists, including army chief Gaid Salah, who has emerged Algeria's strongman since Bouteflika's fall.