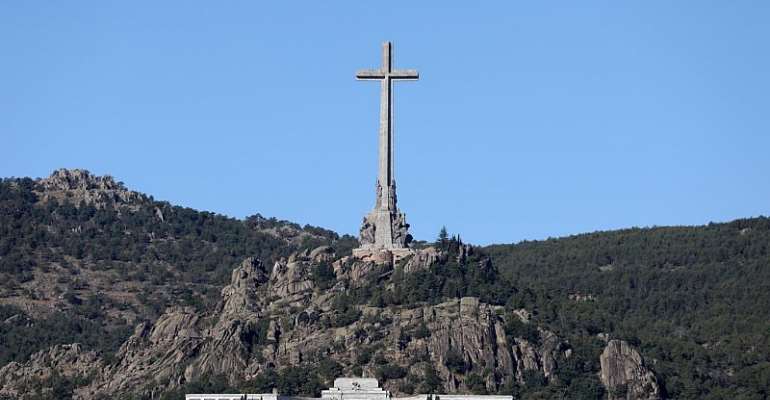 Spain's Supreme Court has given the green light for the government to remove the remains of the late dictator Francisco Franco from a huge mausoleum to a municipal cemetery.

Tuesday's ruling is the latest chapter in a fractious, years-long debate about what to do with Francisco Franco's remains.

The late dictator has remained at the Valley of the Fallen memorial, near Madrid, since his death in 1975.

However, the imposing hillside cemetery, topped by a 150-metre cross, regularly attracts tourists and right-wing sympathisers from the world over – to the dismay of Spain's socialist government, which sees their presence there as an affront to democracy.

"This ruling is a great victory for Spanish democracy," Prime Minister Pedro Sanchez said, after judges unanimously rejected an appeal by Franco's family to block the exhumation.

Franco's family and supporters argued that an exhumation would be a desecration of a burial site, and had vowed to fight to the end to have the decision reversed.

The prime minister wants his body transferred "as soon as possible" to a less a less controversial site – the cemetery of El Pardo, on the outskirts of Madrid, where Franco's wife is buried

'Glorifying fascism'
"The basilica is a sacred church. They can't come in here and smash everything up like a bull in a China shop," said a monk who did not want to give his name.

"They should let the dead rest in peace, all of them," he told AFP.

Franco ruled with an iron fist following the end of the 1936-39 civil war until his death in 1975, after which Spain made a transition to democracy.

Many on the left are repulsed by the huge memorial at the Valley of the Fallen, comparing it to a monument glorifying Hitler.

The site was built by Franco's regime between 1941 and 1959 – in part by the forced labour of some 20,000 political prisoners – and the monument holds the remains of more than 33,000 dead from both sides of the civil war.

The issue has divided opinion in Spain, which remains haunted by the Franco era more than 40 years after his death.

Reconciliation and more legal wrangling
Sanchez wants to turn the Valley of the Fallen memorial into a place of reconciliation and memory, in the same way some Nazi concentration camps were transformed, in order to prevent it from remaining as a place of apology for the Franco regime.

Tuesday's hearing was one of four appeals against the plan, but arguably the one that carries the most weight. A court spokesman said it was "foreseeable" the judges would issue a similar verdict in the remaining three cases.

It was not immediately clear when the other rulings would come.