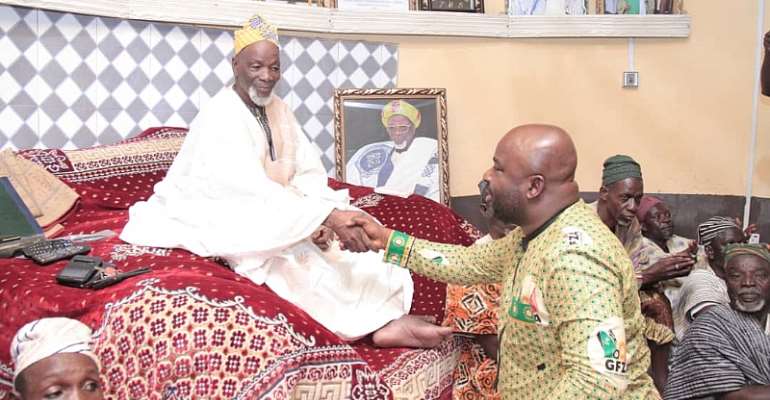 The Chief Executive Officer (CEO) of the Ghana Freezones Authority (GFZA), Mr. Michael Okyere Baafi, has paid a courtesy call on the Overlord of Dagbon, Yaa-Naa Abubakari Mahama, at the Gbewaa Palace in the Northern region.

The Ghana Free Zones CEO was in the company of a delegation from his outfit including the Head of Marketing, Anita Quarshie, Hajia Hanatu Abubakar, Western Regional Manager, Kwame Nsiah Asante, Head Of Estate And Enclave Development, Mrs. Kristine Lartey, Head Of Legal Dr Susan Aga Alo, who is also a Board Member

The purpose of the visit was to seek the support and blessing of the Yaa-Naa as the Free Zones Authority mark the ongoing 2019 Investment Week Promotion.

Since Tamale is the host of this year's Investment Week Promotion, it was necessary to take the whole Free Zones Concept to the Northern region and to particularly drive local entrepreneurs into the Free Zones sector.

It was also a great opportunity to keep Yaa-Naa Abubakari Mahama abreast of the critical functions of the Free Zones Authority and what local entrepreneurs stand to benefit from the authority.

The Yaa-Naa Abubakari Mahama played a perfect host as he received the GFZA delegation with a warm overwhelming reception.

The Yaa-Naa in a brief statement expressed his readiness to personally work with the GFZA and assured the team of his full support.

He prayed for the GFZA delegation and called for progress and success in all their endeavours.

In a remark, Mr. Michael Okyere Baafi indicated that a critical moment has come for the Free Zones to include indigenous Ghanaian businesses and entrepreneurs.

He said over the years, the Investment Promotion has been held in Accra, Takoradi, Kumasi among other regions hence it was well thought out to bring the event this year to Tamale as the gateway to reach more investors and local entrepreneurs up north.

"Over the years, the perception has been that the Ghana Freezones regime is mainly tailored towards attracting only foreign investors. Under the Akuffo Addo led administration, the drive is to consciously have a Freezone enclave in as many regions as practicable as a way of attracting more local investments," he added.

He expressed his utmost appreciation to the Yaa-Naa for the warm reception and promised to keep close ties with his royal kingdom.

The Ghana Free Zone Authority was established on August 31, 1995 by an Act of Parliament–the Free Zones Act, 1995 (Act 504), to enable the establishment of Free Zones in Ghana for the promotion of economic development, to provide for the regulation of activities in the free zones and for related purposes.

The Ghana Free Zones programme combines both the enclave and single-factory enterprise schemes, which is designated to provide processing and manufacturing of goods through the establishment of Export Processing Zones (EPZs) and encourage the development of commercial and service activities at sea and airport areas. 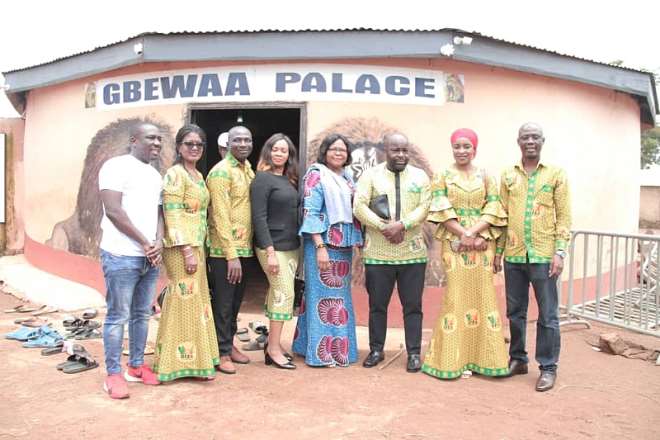