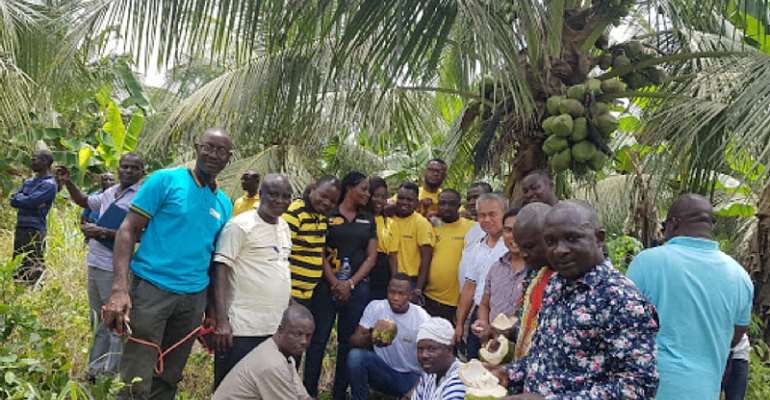 Coconut plantation farmers at Bronyikrom in the Wassa East District have pledged to support the International Coconut Festival, Ghana, scheduled for 24th to 26th September at the Accra International Conference Centre.

Welcoming a delegation of the organisers and officials from the Ghana Export Promotion Authority (GEPA), Chief Farmer, Nana Fiagbedu, called on government to support coconut farmers in the district who risk losing their land to rubber investors.

He said coconut production has a potential for job creation thus the need to support farmers through land registration as well as other legalities to avoid loss of land.

With a 200 acre plantation which employs over 1,000 workers, Bronyikrom is one of the most important coconut producing communities in Ghana.

However, majority of the farmers do not own the land they work on, thereby the risk of losing it to investors with other motives.

The first International Coconut Festival, scheduled for 24th to 26th September at the Accra International Conference Centre, will bring together exhibitors as well as major players to promote coconut business.