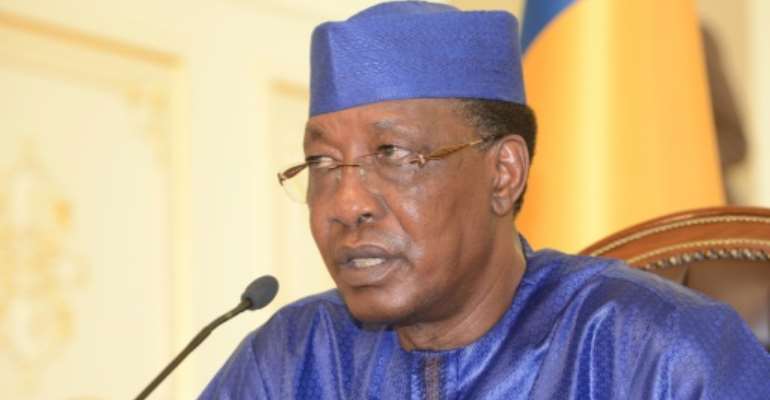 As ruler of Chad for almost three decades after a 1990 coup followed by a series of presidential elections, Idriss Deby has proved adept at wielding power in one of the world's most unstable regions.

Viewed by many Western leaders as a bulwark against Islamist extremism, President Deby has cracked down on opposition, arguing that restrictions on freedoms are justified by the need to ensure security.

One of the biggest question marks of his rule hangs over parliamentary elections, now four years overdue and viewed by some observers as a benchmark of liberties including the right to campaign freely.

The last poll for the National Assembly took place in 2011, when the president's party gained a majority.

The scheduled 2015 vote has been repeatedly delayed -- a situation blamed by Deby on a lack of funds in one of the world's most impoverished states, and the threat posed by Nigerian jihadists Boko Haram.

The radical Islamists have stepped up attacks in western Chad over the last four years.

Despite a promise by Deby, 67, to hold a parliamentary poll by the end of 2019, no date has been set.

"Objectively, it is impossible to organise the elections in 2019," said Mahamat Ahmat Alhabo of the opposition Party for Freedoms and Development (PLD).

"A biometric census has not started. The electoral rolls have not yet been published," he added.

The government, so far, is insisting that work is under way to meet a December deadline.

Foreign Affairs Minister Cherif Mahamat Zene has called on the country's partners to provide "significant and diverse support" to help organise the vote.

But seasoned observers of affairs in the landlocked north-central African nation are sceptical.

"The last census dates back to 2015. Will the (electoral) rolls be updated?" asked Chad analyst Marielle Debos, an academic at Nanterre University in western Paris.

"How much will that cost? How can Chad finance the elections? There are many grey areas."

Deby supporters passed a controversial bill in 2018 that bolstered his powers, despite opposition warnings that it would undermine democracy.

While civic organisations expressed unease about the measure, authorities are concerned that an election campaign could lead to anti-government mobilisation by civil society.

N'Djamena is also concerned about instability in neighbouring Sudan, where the army toppled hardline ruler Omar al-Beshir in April after 30 years of rule marked by conflicts.

In the Lake Chad Basin, Boko Haram has upped attacks on Chadian territory.

Last month Deby declared a state of emergency in two eastern provinces because of ethnic clashes between nomadic herders and farmers.

He also ordered a crackdown in part of the north, where illegal gold diggers and rebel forces hide out.

"The state knows that to organise elections in the current context, where the state of emergency imposes restrictions on public freedoms, is practically impossible," said Chadian human rights activist Jean-Bosco Manga.

"To vote is to express oneself freely and for that to happen, the environment and the context must be suitable," Manga added.

Minister Mahamat Zene said the situation could be managed.

"The legitimate fear of a ban on public meetings will be handled with all necessary attention," he told foreign diplomats.

Thibaud Lesueur, a researcher from International Crisis Group (ICG), said the wider question was the degree of freedom for opposition parties to campaign in the polls.

"The question is not really to know what the results of these elections will be, but rather to see that all parties will be able to campaign. Will rallies be allowed? And will this political activity lead to greater mobilisation by Chadian civil society?" he said.

As for people in N'Djamena, many appeared to show little interest in the overdue election.

Despite oil wealth, gold and uranium deposits, many of the country's 13 million population live in deep poverty.

Inside popular restaurants in the capital, customers grumble about high prices, the lack of good roads and the need for schools and better medical care.

"Members of parliament do nothing to help the people reduce their suffering," complained Abdelkerim Harba Ousma.

Asked about a possible election, the 69-year-old pointed to his cheap sandals and said: "They're not worth the shoes I'm wearing."