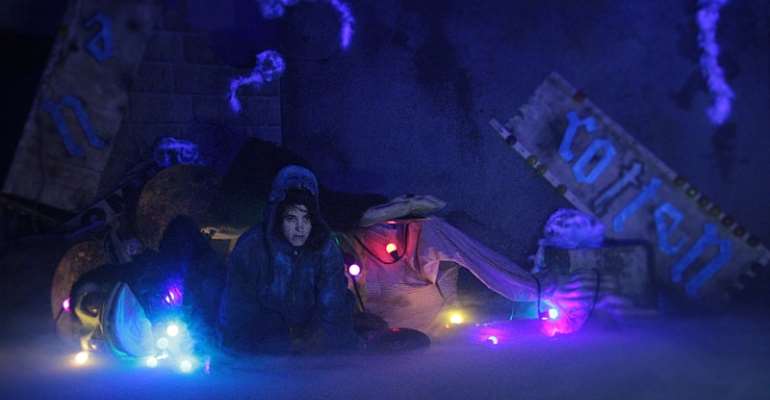 The Charleville-Mézières international puppetry festival this year welcomes Gimme Shelter, a post-apocalyptic fable that invites spectators to live two different scenarios – inside and outside an electrical transformer.

The biennial Charleville-Mézières festival hosts productions from all across the spectrum. This year they opened with a more experimental choice.

"Gimme Shelter is the title of a Rolling Stones song. One of the first lines of the song is: 'If I don't find some shelter, I'm gonna fade away'. So it was actually the starting point of the whole show," Violaine Fimbel, artistic director of the Yokaï company tells RFI.

A warning at the entrance to the theatre alerts claustrophobic spectators not to attend the performance.

Indeed, the experience leads one part of the audience through a dark, narrow room inside an electrical transformer, where a man hangs around with his toys. The rest of the audience, meanwhile, remains outside in a disused fairground.

Half an hour later, the spectators are invited to swap places.

"I really wanted people to have two different points of view – not to have all the keys in one storyline. If you start from the inside or from the outside you have a complete different perception of the story. That's the way I like to work and play with the perception of the audience," says Fimbel.

In an atmosphere of ecological disaster, Gimme Shelter also involves puppets representing animals or other beings which may or may not be alive; it is not clear.

"In the show, you have almost the total disappearance of human beings, as well as animals and plants. All living creatures are fading away.

"We know that we are going to create strong reactions. That was the purpose. But the aim is not to shock – it's to question the audience," says Fimbel.