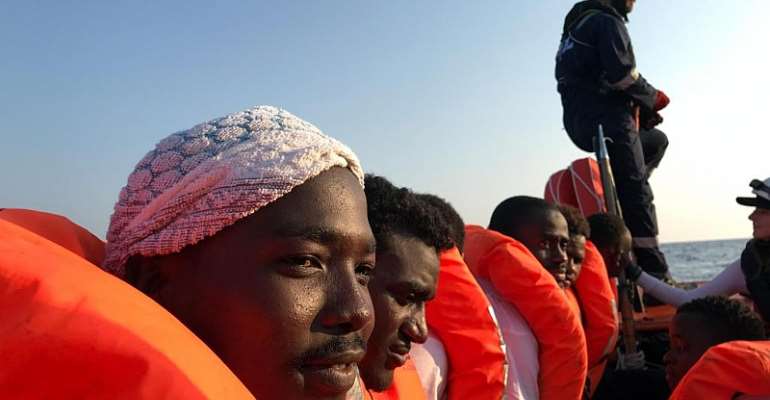 Interior Ministers from France, Germany, Italy and Malta hope to work out a system to welcome migrants rescued in the central Mediterranean, who sometimes wait days at sea as their boats are refused entry to ports.

The idea, tabled on Monday in Malta at a meeting chaired by Finland, is to find a temporary automatic solution until the current system, the so-called Dublin Regulation, can be thoroughly revised.

Under the Dublin rules, migrants seeking asylum must apply in the first country where they arrive on EU territory.

Italy's former Interior minister Matteo Salvini was a loud critic of the system, declaring that the Italian island of Sicily was the “refugee camp of Europe”.

With Salvini's party no longer in power, replaced by a less Eurosceptic government, it is in the EU's interests to show that on the issue of migrants, co-operation works better than confrontation.

At an informal meeting of foreign and interior ministers in Paris in June, around 15 countries agreed to the creation of a “European Solidarity Mechanism”.

Marseille to take more rescued migrants?
Another issue concerns the rule under international maritime law, under which people rescued at sea must be taken to the nearest port. Italy, which is often the nearest port, wants the EU to have an automatic rotation system involving key Mediterranean ports. Among these is Marseille, in southern France, and Paris is unenthusiastic about the idea.

Only countries who volunteer would take part in the ESM. France, Croatia, Finland, Ireland, Germany, Lithuania, Luxembourg and Portugal have already indicated that they would join. Prime Minister, Viktor Orban of Hungary made clear in a visit to Rome on Saturday that his country would not participate.