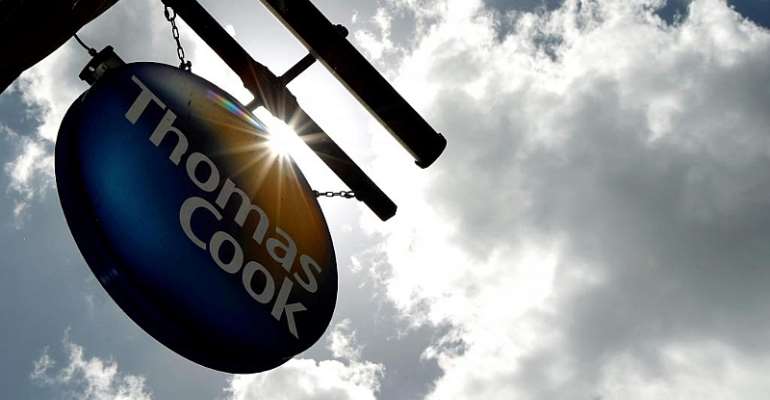 The travel agency Thomas Cook has declared bankruptcy, leaving hundreds of thousands of travellers stranded across the world. An emergency hotline has been set up for some 10,000 French customers on holiday.

An estimated 600,000 people were left stranded when the 178-year-old British company announced early Monday that it had entered compulsory liquidation with immediate effect. More than 20,000 jobs will be lost worldwide.

Travellers preparing to leave France were warned not to fly to avoid any further difficulties.

Thomas Cook said in a statement that it was unable to reach an agreement between the company's stakeholders and private investors offering a 227 million euro cash injection.

"It is a matter of profound regret to me and the rest of the board that we were not successful," said Thomas Cook chief executive Peter Fankhauser. "This marks a deeply sad day for the company," he added.

Thomas Cook in 2019 was a far cry from the ad hoc venture set up by cabinet maker Thomas Cook in 1841 in which he organised train trips for temperance supporters between provincial cities in England such as Leicester and Liverpool.

Cook, displaying no little business acumen, soon began arranging escorted voyages to mainland Europe before branching out in journeys to Egypt. He died in July 1892 at the age of 83 but his brainchild grew into a huge operation.

The company fell into debt despite recent annual turnover of 10 billion euros from transporting about 20 million customers worldwide.

Operation
The British government said on Monday that it had started plans to bring some 150,000 holidaymakers back home from destinations including Bulgaria, Cuba, Turkey and the United States.

As many as 140,000 people from Germany were abroad when the company closed. More than 20,000 tourists who were poised to leave the country have been advised to remain at home.