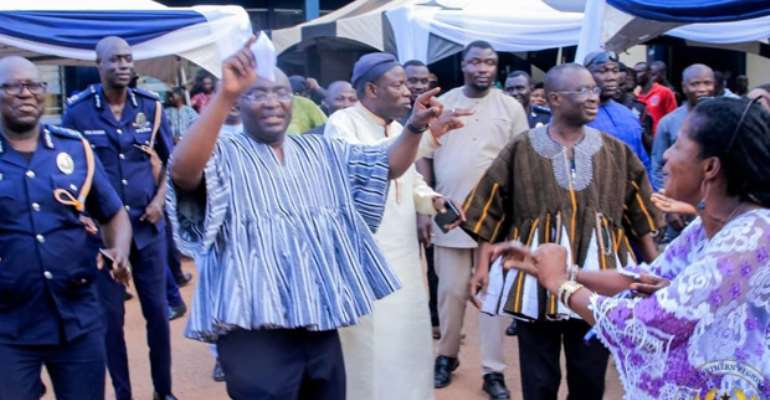 Addressing police officers, Dr. Bawumia expressed governments appreciation to the police for their efforts during the funeral rites of the late Ya Na’s and the subsequent enskinment of the new overlord of Dagbon, Ya Na , Abukari Mahama II.

According to him, the government of Nana Addo Dankwa Akufo-Addo, will continue to support the police by providing the needed logistics and training of personnel to put police on a sound footing to combat crime.

“Very recently government procured a number of vehicles for the Ghana Police Service for burnt community based and highway patrols. Government has also procured body armours and ballistic helmet to be worn by police aimed at reducing the dangers that confront the officers in their fight against crime,” he said.