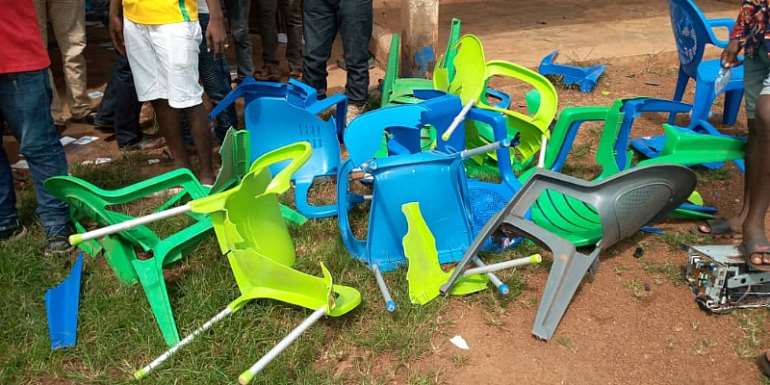 The Northern Regional Branch of the New Patriotic Party is investigating the acts of vandalism that occurred at the party’s office in Sagnarigu.

However, speaking to Citi News, the Northern Regional Secretary of the NPP, Alhaji Sibdow Alhassan Yakubu revealed that the investigations will establish the root cause of the violence.

“We don't know the actual culprit who went around and destroyed the party office. We are investigating that. Until we are done with our own internal investigations, we cannot confirm to you that it was the polling station executives so we are in the process of uncovering all these things. We just finished a regional executive committee meeting and we are going to investigate what actually happened,” he said.

Some supporters of the governing New Patriotic Party in the Sagnarigu Constituency of the Northern Region on Saturday morning went on rampage and wrecked the constituency office of the party.

According to them, they took the decision because the executives denied them numerous job opportunities even though they toiled for the party to win the 2016 elections.

Mohammad Fidaus, a polling station executive of the constituency even threatened that there will be more chaos if nothing is done about their situation.

He declared that, “If nothing is done, we are waiting to see 2020. Nana Addo should leave Accra, all the regional executives should leave their places and come down to Sagnarigu to monitor elections here. We'll let anyone that comes here know that we are members of the party and we've toiled with our lives years back for the party to gain power and now they are looking down upon us. Enough is enough. We won't take it anymore.”