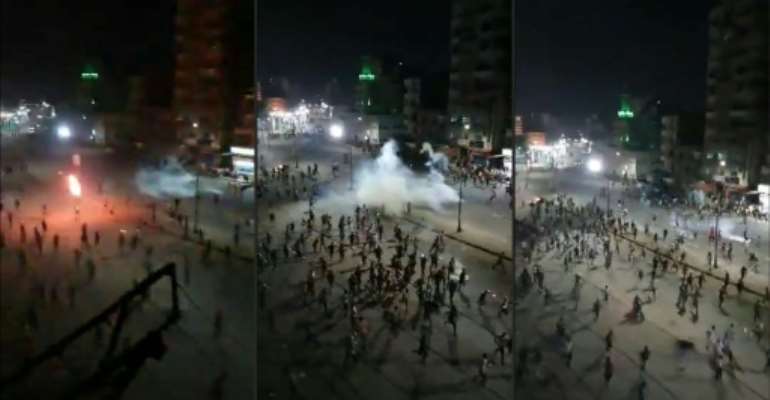 Rare protests erupted in Cairo and the port city of Suez over the weekend for the first time in three years, spurred by discontent over rising prices.

Heavy security has been put in place, but could this trigger a wider movement against former general-turned-President Abdel Fattah al-Sisi?

Just after a highly awaited derby between two rival Cairo football clubs last week, scores of protesters gathered in the capital's iconic Tahrir Square - the epicentre of the 2011 revolution.

Demonstrators in other major cities also joined in a spontaneous outpouring of chants against Sisi's regime calling for the "downfall of the military regime" and shouting "Leave, Sisi".

The protests had been called for by Mohamed Aly, 45, an exiled Egyptian businessman in Spain, who in recent weeks has levelled accusations of corruption at Sisi in a series of viral videos which have sparked unprecedented public debate.

Alleging how taxpayer money went into building lavish palaces for Sisi, they have struck a chord with Egyptians who have been bearing the brunt of stringent economic reforms his government has introduced since 2016.

Why are Egyptians protesting?

"The image with which Sisi wanted to present himself as Egypt's saviour from Muslim Brotherhood rule... has been completely dismantled", said Hassan Nafaa, a veteran political scientist at Cairo University. 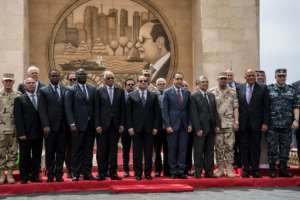 Egyptian President Abdel Fattah al-Sisi poses with ministers during the May inauguration of a tunnel under the Suez Canal, amid accusations from an exiled businessman that millions of Egyptian pounds in public funds have been misappropriated. By Khaled DESOUKI (AFP/File)

Nafaa explained that Egyptians "have been shouldering the burdens of Sisi's policies".

He referred to the austerity measures imposed since the pound was floated in 2016 as a prime example fuelling discontent.

"Mohamed Aly came out of nowhere to become a hero in a certain sense. He managed to unmask Sisi," Nafaa told AFP.

The Egyptian leader has flatly denied the graft allegations as "lies and slander".

Egypt passed a restrictive anti-protest law in 2013 after Morsi's overthrow and a renewable state of emergency remains in effect.

Sisi's government has waged an ongoing wide-scale crackdown jailing thousands of Islamists, secular activists and even bloggers and comedians.

The new wave of demonstrators "had not been political before engaging with Aly's videos. They were shocked with the detailed information he gave," said Nafaa.

Aly pinpointed villas Sisi had built in recent years in Mediterranean resort towns in Egypt that triggered the ire of many citizens.

"The protesters are those who are socially crushed. They say to themselves 'we have nothing to lose' by protesting," Nafaa added.

How have authorities responded?

Sisi, currently in New York to attend the UN General Meeting this week, has not commented publicly on the outbreak of small-scale protests. His office did not respond when asked by AFP on Saturday about the demonstrations.

Pro-Sisi Egyptian media have gone to great lengths to show that the country is stable and public squares are under control, broadcasting nightly images of traffic moving smoothly.

The government's foreign media accreditation body released a statement late Saturday cautioning international journalists that their reporting of events "should not be exaggerated", without explicitly mentioning the protests.

Security has been heavy with anti-riot police stationed in Tahrir Square in Cairo and in Suez where anti-Sisi protesters congregated for a second night in a row on Saturday.

What will come next?

Aly, the building contractor, has called for a "million-man march" this Friday dubbing it a "people's revolution" vowing to unseat Sisi.

Analysts assessing the fluid political situation believe that anger is swelling which would translate to more protests in the coming days.

"What happened on Friday is a worrying sign for the authorities. People went out to demonstrate even in the midst of a heavily securitised environment," said political analyst Mustapha al-Sayyid.

"I believe these protests won't stop at this point, but it's also difficult predicting what comes next", he added.