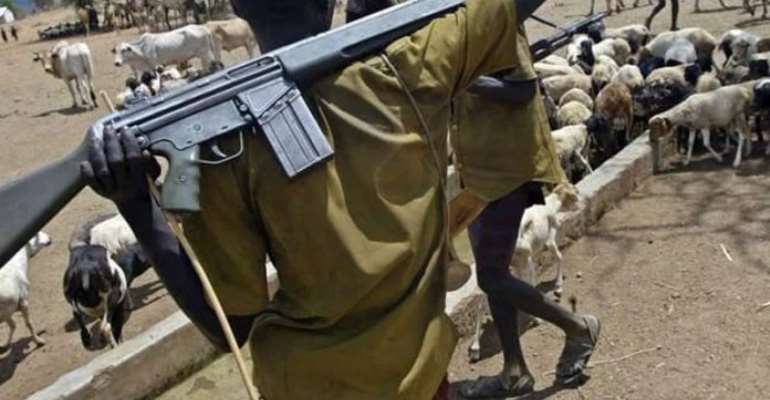 Our attention has been drawn to the false media report claiming that there is tension brewing between the Fulani Herdsmen and the people of Isu-Awaa Community in Awgu Local Government Area of Enugu State over the alleged killing of three cows in the area.

In a statement released to newsmen in Enugu by the national coordinator of Enugu Youth Coalition, Dr. Edwin Obune, the group stated that the alleged tension in that part of the state is only the figment of the imagination of those who sponsored the fake news report alleging that three cows belonging to Fulani Herdsmen were killed by the people of the community.

According to the group, no community in Enugu State will go after Fulani Herdsmen or their cattle, let alone killing three of the cows belonging to them.

The statement further noted that the narrative claiming that Forest Guards operatives were behind the killing is not only false and malicious but a clearly calculated but poorly executed job aimed at misrepresenting the essence of establishing forest guards in the state.

Even a toddler knows that the fake news report is part of the wider plan to discredit the activities of the newly formed Forest Guards in the state.

Disclaiming the report, the Traditional Ruler of Isu-Awaa Community, Igwe Udem Maduka said he did not receive any report about the killing of cows belonging to Fulani Herdsmen in his Kingdom.

His words: ''It is not true; my community did not kill cows belonging to herders. The leader of Fulani in Enugu, Ardo has my phone number and he has not told me of this development.''

Nigerians can now see that the aim of sponsoring the fake news alleging the killing of cows in the state is to create crisis between the herdsmen and their host community so that the state would boil and the efforts of the government in establishing Forest Guards, Neighbourhood Watch groups and other security outfits as well as the procurement of 360 security vehicles and 260 security motorcycles with state of the art communication gadgets like radio among other things would be defeated in the state.

While we commend the Fulanis in the state for not playing in to the hands of those who wants to instigate crisis between them and their host communities, we urge them to continue to ignore provocative media reports aimed at instigating or creating crisis or insecurity in the state.

We assure them that the government and people of Enugu State will continue to protect and secure the lives, properties and investments of all persons living or residing and working in any part of the state irrespective of creed, belief, tribe, region or political affiliation.

We assert this because Enugu State is in the Hands of God!