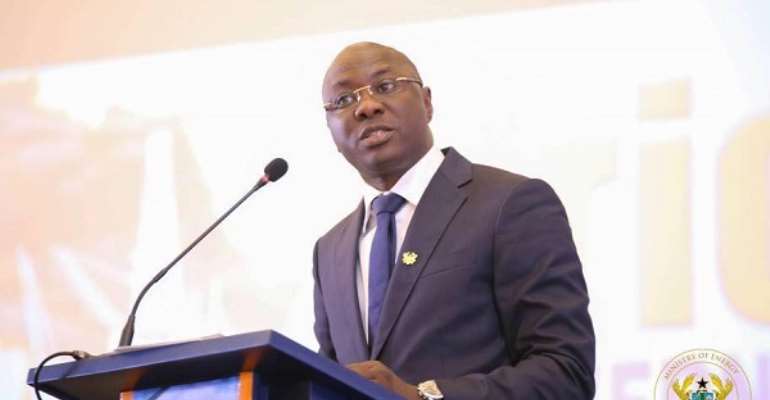 A Deputy Minister for Energy Dr Mohammed Amin Adam, has constructed an office complex for the New Patriotic Party (NPP) in the Karaga Constituency of the Northern Region.

The building he says will aid the party's administrative and other activities within the area.

The fully-furnished one-floor storey building was handed over to party executives in the area after a rally, which was attended by some national, regional and constituency executives of the NPP.

Dr Amin Adam, who spoke during the rally before handing over the keys of the building to party executives at Karaga on Saturday, was confident that the office facility would help to better administer the affairs of the party in the area.

Dr Amin Adam, popularly known as Anta, is seen as the leading contender alongside three other aspirants vying to be elected on September 28th as the NPP Parliamentary Candidate for the Karaga Constituency, which is currently held in Parliament by the National Democratic Congress (NDC).

He assured the people of the area that he would continue to work hard to accelerate the development of the area pledging to implement a one-teacher one-laptop computer initiative if voted to Parliament by distributing laptop computers to each teacher serving in the constituency.

He promised that within the next two months, he would begin the construction of a number of mechanised boreholes across the constituency to provide potable water for the people adding he would also construct a community centre and a football stadium as part of efforts to develop the area.

Dr Amin Adam, through whose instrumentality street lights were erected in the Karaga township, also promised to distribute free of charge 50,000 energy saving bulbs to residents in the constituency to conserve energy and ensure security.

Other speakers during the event including some Deputy Ministers, NPP Executives from National, Regional and Constituency levels, all declared their support for the candidature of Dr Amin Adam saying he stood tall amongst other aspirants and the fact that he was better placed to wrestle the seat from the NDC.

They, therefore, advised the delegates to overwhelmingly endorse him during next Saturday’s NPP Parliamentary Primaries in the constituency.

Madam Rita Talata Asobayire, First National Vice Chairperson of NPP, commended Dr Amin Adam for his enormous contributions to the party especially in the Karaga Constituency expressing the need for the delegates to put the party first by supporting the candidature of Dr Amin Adam to win the Karaga seat for the NPP.

Mr Pius Hadzide, a Deputy Minister for Information, said the people of Karaga were blessed to have Dr Amin Adam, who did not only occupy a vital position in government but was also doing very well, urging all to support him so that he would continue to bring development to the area.

Alhaji Mohammed Baantima Samba, Northern Regional Chairman of NPP, said the party was poised to win more seats in the region calling on all to work hard for a resounding victory.