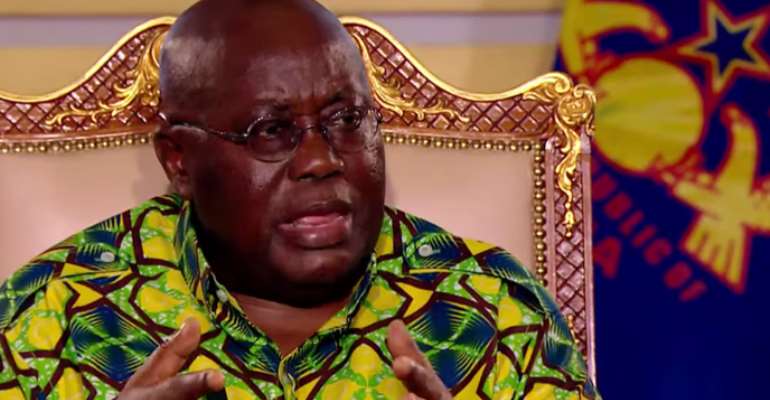 The truth must be said, Africa is a continent which has suffered a great deal than any continent in the world but none of the perpetrators have apologized, let alone to receive punishment for the horrible crimes they have committed on this continent.

Our trust has been abused and the respect given to foreigners is often taken as fear or stupidity, therefore, clandestine crimes never cease in Africa. If we need to ask ourselves: why no other continent but Africa alone has suffered slavery, colonialism, Apartheid, Aids and Ebola?

The fact that the developed world doesn’t consider Africa a serious continent because it lacks effective security and laws, are often taken as an opportunity by certain foreigners to break the rule.

However, if it’s true that Nana Akufo Addo made this the statement, then this doesn’t only undermine the intelligence of Ghana’s security but also is a free license to foreign nationals to commit crimes on Ghanaian soil with impunity.

Like Ghana, many countries in Europe, especially Italy is struggling to deal with crimes perpetrated by foreigners. They jail them if they commit crimes.

I don’t know if the previous Ghanaian leaders and the current leader, Nana Akufo Addo, have ever demanded world leaders to hand over a report if any Ghanaian is in prison and the crime he committed. If he does, he will know if it’s wrong or right to apologize for the Chinese woman’s deportation.

Many Ghanaians are in jail worldwide and the fact is the offenses can’t be compared to what Aisha Huang did in Ghana. For example, many Ghanaians are suffering in Belgium because they are illegal immigrants, yet those who registered work with their papers for them to lead a meaningful life have seen the full force of the law when the impersonators were caught.

Like many foreign nationals, some Chinese are criminals but why do they choose Africa to commit their crimes but not any advanced country? Because they are aware those laws in Africa aren’t effective and because of God, they feel sorry to punish people, even though the Chinese are persecuting Christians.

Nana Akufo Addo, please, desist from making such an apology if you want Ghana to be a successful country under your administration. You might not believe that two things which have made the developed world successful are hard work and effective law.

Even as the president of Ghana, you will never escape punishment if you commit a crime in any developed world, despite all the numerous photographs you have taken with them.