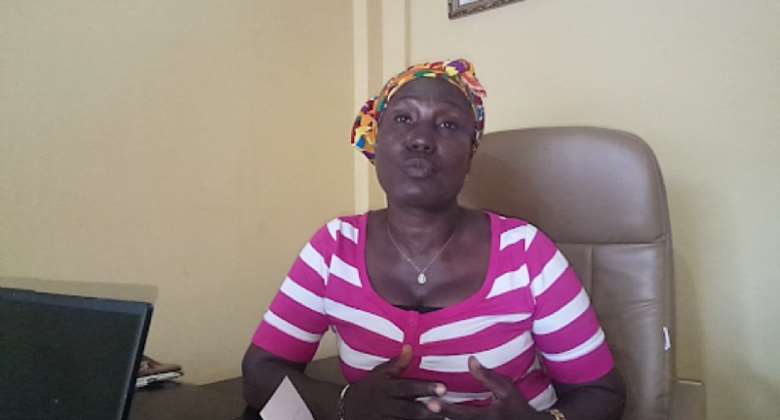 Speaking in an interview with Lord Kweku Sekyi, the MCE explained that the rationale behind the decision to register small-scale miners is to protect the environment.

She said, government, in a bid to end environmental degradation linked to illegal mining activities, has established the Wassa Akropong Community Mining Secretariat to create a database which will be used to regulate activities of local miners.

"The secretariat has already trained and issued licences to over 100 small-scale miners to enable them carry out their activitities at the Community Mining Site.

"We have a task force comprising the Police, BNI, and the Inter-Ministerial Committee on Illegal Mining (IMCIM) which is prepared to deal with individuals who may engage in illegal mining," she added.

She noted that the taskforce will ensure that Community Mining workers adopt sustainable practices while avoiding the use of pollutants and other harmful methods as they mine for gold.

According to Hon. Appiah, community-mining-designated areas such as the Bawdie-Dompim site which was commissioned by President Nana Addo Dankwa Akufo Addo on July 24, 2019, will be earmarked for reclamation when miners vacate the land.

She stressed that efficient management of the Community Mining secretariat database will also provide an avenue for government revenue mobilisation through taxation.

The Chief of Wassa Afransie, Nana Amuah Gyaafo, lauded the initiative and expressed hope that it will mark an end to misunderstandings between local miners and the various task force groups which were constituted to combat illegal mining.

He said, the initiative, will bring peace to mining communities within the municipality where small-scale mining is the main source of livelihood for the youth.

The registration exercise which involves training on responsible mining as well as the issuance of identification cards targets 500 small-scale miners at the Wassa Amenfi East Municipality.

Some newly-registered miners at Wassa Akropong

Small-scale miners under the programme are issued with ID cards