WHO concerned about possibility of Ebola cases in Tanzania 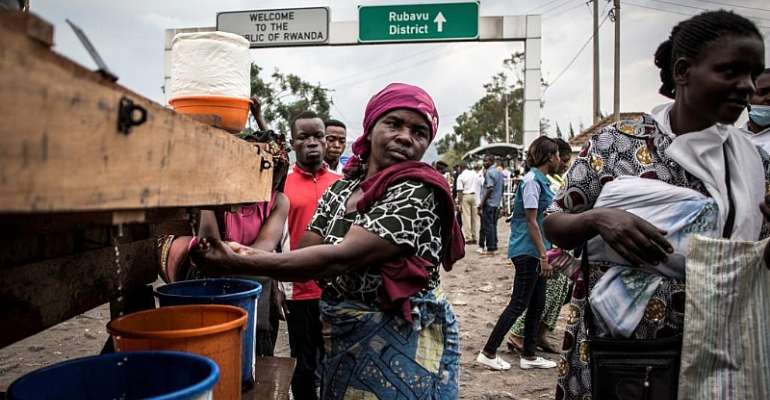 The World Health Organization issued a statement on Saturday about unofficial reports it has received that a person allegedly died earlier this month of Ebola in Dar es Salaam, the economic capital of Tanzania. Although the world health body was notified by the Tanzanian health ministry that no case was confirmed, it is concerned that Tanzania authorities have not shared clinical data, “despite several requests.”

The WHO was unofficially notified that a person with suspected Ebola disease died on 10 September and the test performed at the Tanzanian Health Laboratory was positive for Ebola.

The UN body also received unofficial reports that someone in Mwanza, western Tanzania, was suspected to have the disease, but tested negative.

However, this information was not officially passed on to the WHO.

“The limited available official information from Tanzanian authorities represents a challenge for assessing the risk posed by this event,” according to the statement released by WHO.

In its statement, WHO indicates that it can take into account reports from sources other than notifications from member states.

Tanzania has never had an Ebola case, but according to WHO has implemented Ebola preparedness since May 2018.

WHO is concerned as a rapid response is necessary in order to curtail the spread of the disease that is 90 percent fatal.

Neighbouring Democratic Republic of Congo is currently in the throes of a year-long epidemic, where more than 3,000 people have been infected, and 2,000 have already died. Although a few cases have been confirmed in Uganda, the rapid response taken by health officials there stopped the spread of the hemorrhagic disease.

US Health and Human Services Secretary Alex Azar was in Uganda last week to view the country's Ebola preparedness. Azar told reporters that he and others were “very concerned about the lack of transparency” in Tanzania under President John Magufuli.

The Secretary announced on social media that Dr. Robert Redfield, the US Center for Disease Control and Prevention (CDC) director would be travelling to Tanzania “to meet with health officials on how the U.S. can collaborate with Tanzania to support its efforts to prevent, detect, and respond to infectious diseases.”