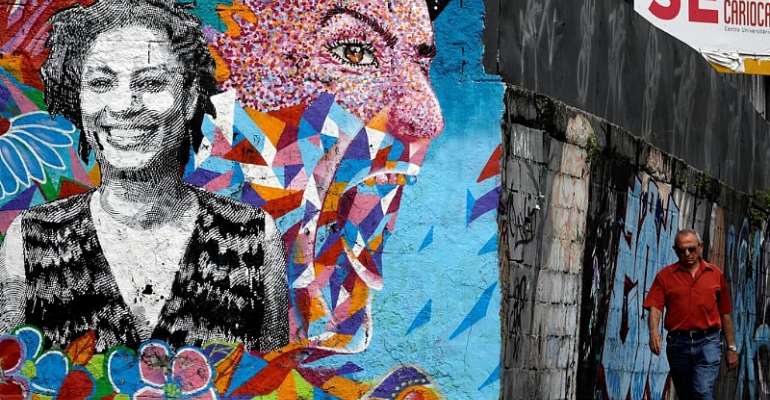 With media attention firmly focused on the Yellow Vest protests , several hundred people gathered on Saturday for the inauguration of a public garden in Paris to honour Brazilian city councillor Marielle Franco. Franco was murdered in 2018 in Rio de Janeiro.

“Marielle said that the flowers of the resistance grow out of the asphalt, that's why we all came here today with flowers to pay tribute to her,” Gabriela Lobosc, a 32-year-old Brazilian woman who had painted the words “Marielle vit” on her face, told French news agency AFP.

Marielle Franco, a Rio de Janeiro city councillor and member of the Socialism and Liberty Party (PSOL), was known for her stand against racism, homophobia and police violence in the favelas of Rio.

Born and raised in a favela in Rio, Brazil, Franco became an elected councillor, who worked tirelessly to promote the rights of black women, LGBTI and young people.

Franco was an outspoken critic of indiscriminate police violence in the favelas, and continued to speak out against injustice right up until the hours before her brutal killing on March 14, 2018. A car pulled up beside hers, and she was shot four times in the head.

A retired military police officer and another former police officer were arrested as part of the investigation into her murder, but the case has not been fully concluded.

“A year and a half after her murder, we demand that justice be done and that this crime not go unpunished,” Antonio Franco said in front of a photo of his daughter, who would have turned 40 this year.