How Can Life Be Purposeful In A Hit-Or-Miss World? 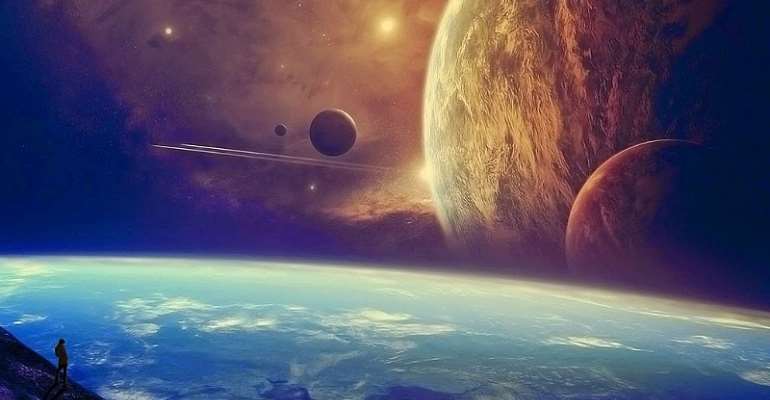 Yesterday (September 21, 2019), I joined the Legon Seventh-day Adventist Church (LESDAC) - Accra to catch a glimpse of children demonstrating their precociousness in saying texts from the Bible by heart and reciting poems that got condensed in the sermon of the day. The preacher for the programme was a young girl, who had prepared a topic that reflected the theme of the day. Given that the day was to mark the sixty-ninth anniversary of Pathfinders within the SDA church, the preaching orbited around the idea of purpose. The basic question that constituted the nerve of the sermon was: Does God have a purpose for your life? In responding to the question, the preacher did indicate that life is imbued with purpose. My own understanding is that any rational, emotional oriented being who enters into human history is certainly going to ask about whether life is purposeful at some point. Life could seemingly be so uncertain and unpredictable with myriads of vicissitudes that we never run out of asking the ‘why’ and ‘how’ questions of life. Since we seek to control the world through science and technology, natural and human-induced disasters tend to frustrate and overwhelm us and also betray our powerlessness!

But at the end of the sermon, the preacher convincingly articulated the view, through multiple references to the Bible, that life is purposeful. Nothing happens by chance. And nothing happens without a purpose. The idea of accident, luck, and coincidences are not in the diction of the Bible. As far as the omni-attributes of God are concerned, we cannot imagine a world that has been left to run its own course. There is no blindness and flippant evolution as far as God is concerned. More importantly, is the fact that there is an intelligent designer who framed the world purposefully. The cosmos runs according to the rules of God. The idea of natural law requires a law-giver. Science is possible because there are laws in nature. The laws in nature are not arbitrary and so predictions can be made. And since science is contingent on prediction and repeatability, the orderliness in nature is a sufficient and necessary condition for science to thrive.

The idea of natural law implies the existence of a law-giver. We may not assume that the laws in nature just emerged from blindness and wanton evolution. The laws in nature must imply the existence of a law-giver. The law-giver must be out of but present in His creation. From the Christian perspective, which is shared by most theistic religions with slight differences, God is the law-giver. He created the world and governs it. The entire universe is His economy. He runs it according to His own will. Nobody advises God on how to run the universe (Isaiah 40:13, “Who can fathom the Spirit of the Lord or instruct the Lord as His counsellor?”). Nobody has control over the universe apart from God Himself. He is both immanent and transcendent. The idea of a god who creates the world and retires from his creation (deism) is at odds with Christianity. Also, the idea of a god who is a constitutive part of creation (pantheism) is at variance with Christianity. In the same way, the idea of a god who cannot enter into history is also contrary to Christianity.

In Christianity, God is not a constitutive part of His creation. The universe is not an extension of God. But He influences the course of the universe. He determines the boundaries and limits of His creation. It is His will that determines the contours of the world. He cannot be challenged in terms of the governmentality of the universe. He cannot be supplanted by anything He created. He cannot be surprised by anything that happens in the universe. He knows the end from the beginning (Isaiah 46:10, God says, “I make known the end from the beginning, from ancient times, what still to come. I say, ‘my purpose will stand, and I will do all that I please”). When the Bible declares in Genesis 1:1 that ‘Before the beginning began, there is God,’ it tells us that the existence of God is anterior and before the creation of anything. It also implies that the universe is already established in the eternal will of God. Furthermore, it means that everything finds meaning only in God. Nothing can change the plans of God. Nothing can thwart His decisions. No scheming from any of His creation, including human beings, can overturn His will. Job was perceptive and prescient when he said about God, “I know that you can do all things; no purpose of yours can be thwarted” (Job 42:2).

The discussion, so far, leads to the question of free-will. If God knows the end from the beginning, are my actions and thoughts free? This is one of the paradoxes of life. If God knows the decisions and actions I will take before they materialize, do I really have free-will? How am I free in the face of God's omni-attributes? These questions become hairier and problematic when we pull the strings and wave the ethos of libertarianism and existentialism. More so, the questions get conflated with many issues when we see God from the prism of human beings. But it must be mentioned that theologians and philosophers have spilled much ink in seeking to resolve the seeming paradox between God's omni-attributes and human free-will?

I will answer these questions in my subsequent post. Until then, have a blessed weekend.