Of President Akufo Addo, Prophet Muhammad (S.A.W), Pharaoh Of Moses, In The Darkness Of Leadership 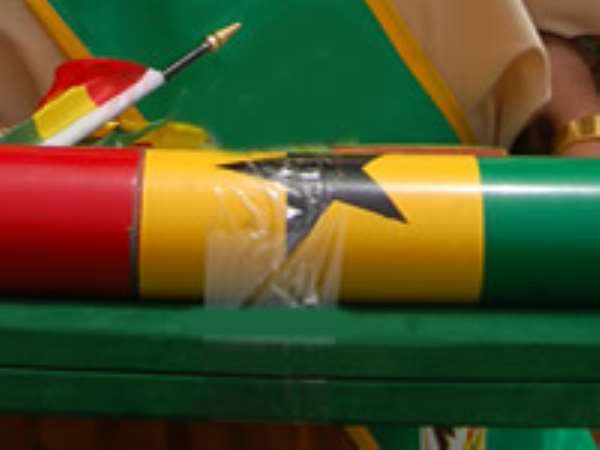 Fellow Ghanaians, without gainsaying, the unrestrained veneration of the politics of the god of the Mammon, is partially responsible for the tragic misrule we are experiencing in this country. The stupid standards manufactured and forced down our throats by our leaders over the years since the first to the fourth republics have actually balkanized the country into schools of thought over who must accept blame for our old-age bad governance and its accompanying underdevelopment that has reflected in the current hopeless state of our state.

The question of whom to blame, leaders or followers, has been lingering in the four chambers of many patriotic citizens' hearts. And even as any fool can hazard a guess, between leaders and followers, who is the cause of the suffering of Ghanaians like the proverbial pregnant fishes, majority are still unclear who must take responsibility for our collective woes as a nation after Sixty-two years of independence.

For many Ghanaians, we are all responsible for this governmental misadventure and lethal misgovernance in Ghana. Those who hold this view argue that until we have good followers good leaders would never be successful even if we ever get them. People should work on their own without having to be led by anybody. Although, in such a case the purpose of leadership which is essential in every human society has been defeated, to this school of thought, every citizen must contribute their quota to national progress without having to be directed by leaders. And so, the problem of underdevelopment should not be laid at the doorstep of leaders alone. This same school of thought espouses that, after all, the leaders were never hired from heaven to come and lead. They were one of us. If they are not good enough it's all the followers who must be responsible for these leaders' diluted and suffocating leadership.

Personally, I fundamentally and sharply disagree with this view. I maintain that, it is poor leadership and gross incompetence which bring about nonperformance of a country.

Yet, there's other school of thought which opines that the Ghanaian citizens are innocent of this diarrhea state of affairs. It is bad leadership. Leaders must, therefore, be held accountable and responsible for our thwarted and stunted growth.

Indeed, we had had bad leadership. And we still have a less than competent leadership in this country that's so clueless, hence our lack of hope.

I am a fanatical supporter of this latter school of thought: I believe that those who claimed they could lead, and have us entrusted in their iron, cruel, and corrupt hands, our collective welfare are to be blamed for the longstanding underdevelopment of the country and not the citizens who hired their advertised service on political campaign platforms. My thesis or reason is not farfetched; Let's be honest. Supposing you the reader's car Air-conditioning develops a problem and somebody lies to you that he can fix it but in the end, not only did this so-called Air-conditioning expert failed to fix your air-conditioning, he actually exacerbated the problem, whom should onlookers blame? Would you blame yourself or the "quack expert" who lied to you that he could fix your faulty AC?

Ghanaians never beg any of our leaders to lead us. We always look for people who have the wherewithal to lead us. Unfortunately, thieves, unbeknownst to us, cultivated a culture of false identity and pretended to be what Ghanaians are looking for, thereafter, these group of gangsters begin to show us their true identity and colors.

Who is to be blamed? Ourselves or these progressive, corrosive and aggressive pretenders?

Competence in leadership goes beyond bookish knowledge of interpreting figures of economy.

There's a foundation to everything especially when building a nation. Fundamentals of economy being weak have nothing to do with the real foundation in a nation building. The ability to inculcate in the masses the reason to respect and trust the leader in the first place, is what is most important. When the followers have decorum for a leader willy-nilly, and trust in him, the leader automatically wins the unalloyed loyalty of the followers for him and the state. They would have a reason to sacrifice for the course and vision of the leader and the state.

To gain the trust and respect of the followers is not rocket science. Actually, there are two ways to obtaining them as a leader: either through legitimate (like Prophet Muhammad gained his people's trust and respect) or illegitimate way (like Pharaoh of Moses forced respect and trust upon his followers).

In Ghana, there has been a recycle of rather Commanders-in-Thief of the Executhief arm of government who refuse to be tribal-blind in an otherwise ethnically sensitive environment. The consequences are that they lose their respect and trust from the citizens which often leads to creation of vacuum at the top in the corridors of power.

Once these two leadership values are lost, a leader becomes unpopular amongst his or her subordinates.

President Akufo is becoming annoying and worse than a misguided opinion because, he has bravely squandered these values on a vainglorious altar of aggrandizement.

This is the classic case of Ghana.

We have leaders who are only spuriously respected and trusted largely because of a pot of soup the people want from them. As a result, underdevelopment has decided to stay with us perhaps forever, because there's no hope in sight.

Because detribalized, just, trustworthy, transparent, selfless, and compassionate leadership is no where in sight anytime soon. And until we find these timeless and priceless leadership qualities in one of us who decides to lead, the gap between development and Ghana might be wider than heaven and earth!

It is this kind of leader with conscious efforts to eat and drink these valuable values of leadership as a president of Ghana, who shall be respected and trusted by all and sundry of the Ghanaian people.

His or her command shall willingly and willy-nilly be acted upon like Prophet Muhammad call upon his companion who were not of his tribe, to jihad.

According to some Jews and Christians, including some Hindu Scholars; at least, according to James Garvey, Michael H. Hart, Rama Krishna, and many Jews researchers, Prophet Muhammad is the greatest man or leader who has ever walked on earth.

There are those who believe he is a false prophet and that, Islam was spread by the sword. Whether he was a false prophet or spread Islam by the sword is not the issue. The question is, how could an orphan, a Shepherd, and an ordinary individual like Prophet Muhammad claimed to be a Prophet, and within a period of twenty-three years, he was able to convert his enemies to friends, and make millions of people to abandon their worldly affairs including their families, businesses just to accept Islam and even decided with alacrity, to lay down their lives for a strange man and a strange culture by going to fight wars?

Because leadership is the ability to enter into the minds of the followers and make them behave the way you want them to behave. This is a leader. A leader is merciful, tolerant, compassionate, generous, forgiving, trustworthy and above all, just.

Until Ghanaians encounter one of them who can influence them to behave the way he or she wants then to behave, underdevelopment has just come home to roost.

But why is president Akufo Addo unable to stop Galamsayers (illegal miners) in the country, and has to mimic pharaonic leadership style by slaying some of them and allowing others to perish gruesomely so as to coerce them into obeying him?

Why can't president Akufo Addo, and his other colleagues of failed leaders of this country like Dr. Kwame Nkrumah, (they were others in between Dr. Nkrumah and JJ who attempted) Jerry John Rawlings, Agyakum Kufuor, Prof. Mills of blessed memory and President John D. Mahama, convince Ghanaians to support their courses and agendas? Why is it that majority of Ghanaians only support a president because of a pot of porridge? Why do our leaders continue to buy glory and honor in their own land they reign over?

These painfully asked questions cannot be answered with all sincerity. Until they are answered sincerely and amendments are made, the distance between Ghana and development is further than the east and the west.

Therefore, our case of underdevelopment has to do with poor, incompetent, and ignorant leadership on the part of our leaders and not the followers.

It's a fact that if the head (brain) is damaged and dead, the other parts of the body ceases to function. The human arms are folded because the head asks them to do so. The human legs are crossed because the head asks it to do so. Everything to be done by the hands, and for the legs to walk, the command must come from the human head. There would be a thin line between a mad man and the person who wants the male genitalia to function when the human head itself is not functioning.

Ghanaians have failed to rise from their laziness to work because that's the command and posture of their leadership. It requires the touch of a good leader and laziness will disappear.

Government officials are finding comfort in corruption because it's the "head" that (tacitly) commands it. The citizens refusal to comply with leadership's directive is as a result of lackadaisical commitment on the part of leadership.

The leaders are to blame not the followers.

Bawumia calls for greater unity, cooperation between Muslims...
8 minutes ago