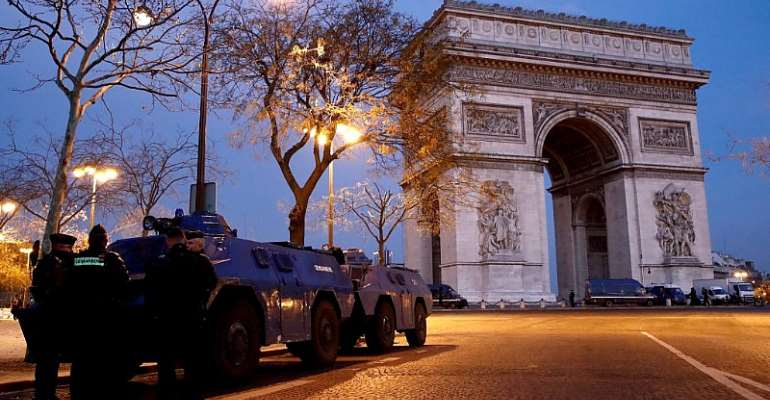 Known in French as the Journées du Patrimoine, heritage days are when public and private buildings normally off-limits to the public are open for all.

However this year, some 20 government-run sites in the capital – ministries, town halls, courts, etc – cancelled their participation in European Heritage Days for Saturday, while several pulled out for the entire weekend.

The Elysée Palace will be accessible only by reservation, while the Arc de Triomphe, damaged during protests last December, will be completely off limits.

The French Ministry of Culture published a list of monuments and other sites to be closed, including the education and agriculture ministries, amid marches by Yellow Vests, climate campaigners and those angry at pension reforms.

There's also a heavy security presence in Paris, with as many as 8,000 police mobilised.

Demonstrations have been banned in areas including the Champs-Elysees, Avenue de la Grande Armée, the National Assembly, Trocadero and the Eiffel Tower, the Senate and Notre Dame – as well as in the Boulogne and Vincennes woods.

Elsewhere in France heritage day events are also being affected, with closures announced in Montpellier to prevent possible damage.

Toulouse's mayor said the town hall would be closed in the afternoon because of demonstrations, while the city's Capitol Theater has modified its programming, cancelling all shows from 6pm on Saturday.