Government Failed To Cease The Opportunity To Stump Out Election Related Violence – PIRAN.GH 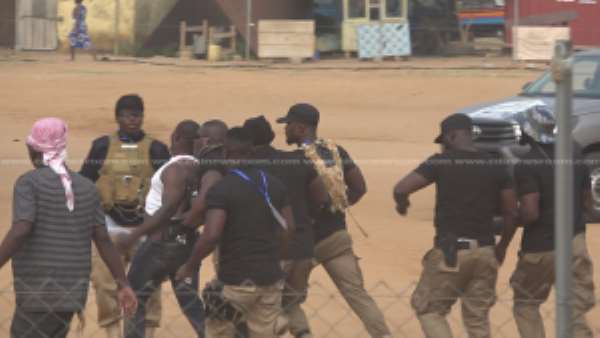 The government of the day was highly commended by all well-meaning Ghanaians when it was swift in tasking the Emile Short Commission to investigate the shameful display of brutal force during the Ayawaso West Wuogon by-election on 31st January 2019. This by-election was occasioned by the death of the then Member of Parliament, Emmanuel Kyeremanteng Agyarko.

The Commission was given a mandate which included: to make a full, faithful and impartial enquiry into the circumstances of, and establish the facts leading to, the events and associated violence during the Ayawaso West Wuogon by-election; to identify any person responsible for or who has been involved in the events, the associated violence and injuries; to enquire into any matter which it considers incidental or reasonably related to the causes of the events and the associated violence and injuries; to submit within one month its report to the President, giving reasons for its findings and recommendations, including appropriate sanctions, if any

The witnesses who appeared before the commission gave various accounts publicly and this event was screened live on national television and broadcast on radio. During the sitting of the Commission, very shocking and detail revelations came to light casting a serious doubt on the professionalism of some officers of the state.

The Commission concluded work and presented its report to the presidency on Thursday 14th March 2019. The swift manner the Commission was constituted and how the it worked hard to meet the timeline given, got Ghanaians thinking that the report was not going to be delayed in being released with accompanying Government White Paper, to give full and immediate expression to the its work. But this was never to be. Civil organisations and other interest groups started to call on the government to release the report to the public so that the citizenry get to know the conclusions and recommendations of the Commission.

The delay in itself, is not really the problem, even though PIRAN.GH thinks that there was the need for government to have expedited action on it early enough. This is in view of the height of events which needed a decisive step to send a strong signal to all and sundry that the state will not become anaemic just because of the overzealousness of some public officials / appointees of government and ordinary citizens with partisan political interest.

The hope that the setting up of the Emile Short Commission gave all of us was so high that, we thought at least for once, we are really going to see the beginning of the end to these ruthless and insensible display of state force against ordinary Ghanaians especially during election related violence.

The report of the Commission in our opinion, actually highlighted blow by blow the event leading to and during the Ayawaso West Wuogon by-election. It is indeed true that social media had been swashed with pictures and videos of the brutalities meted out to some citizens during the by-election. The report of the Commission as we have it now, really probed to understand the backgrounds to the different pictures and photos as they occured with vivid accounts presented before it. In the end, it came out with recommendations to help deal with those who in the view of the Commission, needed to be punished for either sleeping on their job, were negligent or at best were overzealous in the discharge of their duties thereby causing the state much embarrassment in the international community. At the same time, it made recommendations that are structural and operational in nature to reform the security service and its recruitment process, individual liabilities and prescribed compensations for members of the public who were injured and had their properties destroyed.

In the view of PIRAN.GH, very great recommendations are the ones put forward for consideration by government. But the Government's White Paper on the report released by virtually ‘rubbishes’ all the efforts made by the Commission. This is really intriguing and confusing. Is the government really committed to stumping out this type of operations against innocent citizens? This is also confusing because the current government is really seen as having a lot of clouds in upholding democratic principles and sanitising the political arena of undemocratic practices. This is the first time ever that a Commission of the sort was constituted. The calibre of the Commissioners is so high both nationally and internationally that we believe strongly that it reflected in the work they did.

We think government had a fine opportunity to deal with the issue and bring about the necessary reforms to strengthen the security services to be able to better protect us the citizens. However, government failed this test in our opinion. There is rather a conscious attempt by government in our opinion, to just window dress the issue. The government rather chose to discount most of the pertinent findings and recommendations that in our view are the crux of the matter. To really seek to make a statement to the populace that such an occurrence in the future will not be entertained and offenders will be dealt with.

The recommendations of the Commission are founded on evidence presented before it. But government thinks otherwise on most if not all the crucial ones. Even though the government has the power to do what it did, we believe it is rather being seen in this regard to be protecting ‘one of its own’.

In so doing, the Commissioners have been so much bruised that, they are even being accused of bias and incompetence. This is indeed demotivating and we risk losing such personalities with high calibre to bring their expertise to bear in future engagements when the need arises. We are not saying that their work cannot or should not be criticised. But to say for instance that “they failed to do an impartial work”, is telling them that they came to the Commission with a preconceived position. This is not the case and cannot be the case because we know them and can vouch for their integrity.

In the light of the above, PIRAN.GH thinks that government has not been fair to Ghanaians and more especially to the commissioners. It seems to us as though, government just decided to slight them. This does not augur well. We wish to urge our political leaders to show much commitment and walk their talk.

We are indeed at a loss as to why the president in one breath, condemned the violence that characterised the by-election, especially around the La Bawaleshi Polling Station, describing it as an unfortunate and regrettable event and yet, the presidency does not agree with the key findings and recommendations of the Commission when it actually grounded its recommendations on evidence brought before it.