Mahama's Defense Of His Insults On Otumfuo Osei Tutu Ii Is Lame! 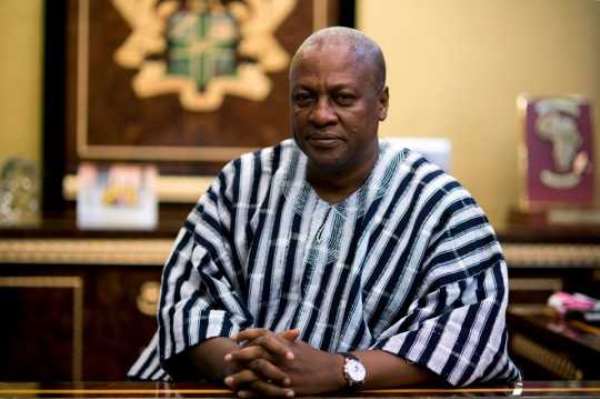 Mahama's damage control approach apropos his labeling of the Asantehene as a liar for exposing his war-mongering posture in 2016 leaves so much to be desired.

A cursory reading of his attempted pacification of Otumfuo Osei Tutu II and Asanteman suffers from logical coherence.

In his defense, Mr. Mahama indicates that the Julius Debrah-signed statement was not to undermine or tarnish the reputation of the Asantehene but to clarify the misconception Otumfuo's message had brewed.

Whoever advised him to walk this tangent has done him a great disservice. He should have apologized but not to justify the insults he and his henchmen have heaped on the Asantehene.

Let's subject his so-called clarification to surgical scrutiny. Was the clarification justifying what Otumfuo alluded to at the UN Conference? No! It countered what the Asantehene said.

What this implies is that Mahama is still calling Otumfuo a liar. He still insists the Asantehene lied about his unwillingness to concede defeat in 2016.

John Mahama is an unrepentant soul who disrespects traditional leaders and still stands by his stance.

Instead of apologizing, his insufferable insolence leads him to commit more blunders with respect to this brouhaha.

This latest defensive mechanism is the height of his arrogance towards the Asantehene and Asanteman.

He has repeated the 'Otumfuo is lying' phraseology with startling accuracy in this piece he has penned on social media.

Otumfuo Osei Tutu II, at the UN Conference, gave a circumstantially detailed chronology of events after the 2016 general elections.

While the world is passing encomiums on the accomplished Asante King, the former President led the onslaught of attacks on his person followed by Omane-Boamah and other NDC members.

This attempted justification of the vitriolic comments on the Asantehene and Asanteman further worsens the matter. Apology, a formal apology should be in the offing, not this semantically romanticizing of the attacks on Otumfuo.

JOHN MAHAMA; A BOMB OF A COMMUNICATIONS EXPERT

We were told he was a communications expert extraordinaire.

The first thing the cistern of knowledge when it comes to communications did when Otumfuo made his statement was to counter him by labeling him as a liar.

With his huge expertise in communications, Mahama paved the way for his party members to lambast the Asantehene.

After sitting on the fence for his party communicators to rain insults on the respected King of Asanteman, he comes back to town with a post seeking to throw more light on the matter.

A matter which was dying down with time, the communications expertise in Mahama brings forth a piece on social media to resurrect the matter.

Ah, well, he knows that he is doomed politically in the Ashanti Region and had to do something. The approach is awful.

However one looks at it, Mahama is doomed in the Ashanti Region. He can apologize but that would not take away the insults on Otumfuo and Asanteman.