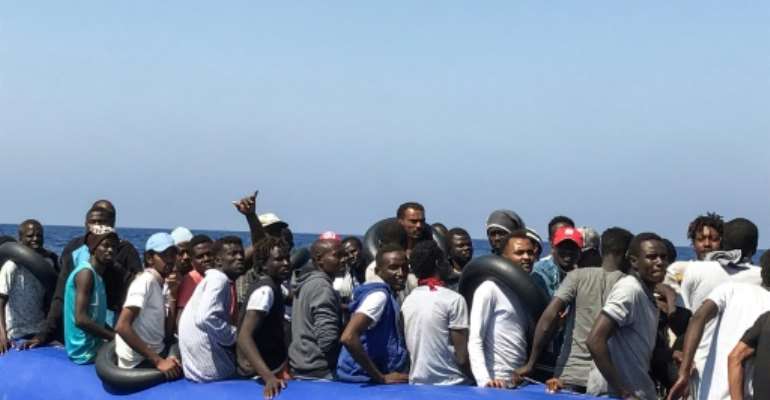 Italy has seen a rise in so-called "phantom" boat arrivals as traffickers ferry migrants across the Mediterranean from Tunisia rather than Libya without being spotted, a prosecutor warned Saturday.

The closing window of opportunity to reach Europe before the onset of winter has also seen a spike in the numbers of crossings, just ahead of a meeting of interior ministers on the hot-button topic of migration on Monday in Malta.

Of the more than 6,620 people to have arrived in Italy since the start of 2019, some 5,500 have done so autonomously, managing to approach the coast or land without being spotted or needing assistance, according to the Repubblica daily.

"We are starting to see not just Tunisians but also sub-Saharans on the boats that arrive autonomously," Agrigento prosecutor Salvatore Vella said in an interview in the Stampa daily.

"We think that there are new routes, no longer from Libya but from Tunisia, where the sea crossing is easier because it is shorter and you can do it in small boats, with minimal risk," he said.

He dubbed them "business-class trips" because they use fast vessels for the relatively short 14 to 16-hour crossing.

Arrival numbers in Italy were up in September compared to the same month last year, data from the interior ministry showed.

Some 108 asylum seekers landed on Lampedusa overnight Friday in two boats, with one making it all the way to land.

Experts say the rise has nothing to do with the change from a far-right, anti-migrant government in Italy -- which closed the country's ports -- to a pro-European one hoping to seal a deal on distributing new arrivals within the EU.

The alleged "pull factor", whereby charity vessels rescuing migrants at sea encourage others to attempt the crossing, also does not exist, according to Matteo Villa from the Institute for International Political Studies (IPSI).

Far fewer people set off from crisis-hit Libya this month as a charity vessel was patrolling the search and rescue zone, compared to those who attempted the crossing despite no such ships in the vicinity, he said.

Instead, migrants watchers and investigators said traffickers may be changing their business model.

The crossing from Libya is notoriously dangerous -- with a current death rate in the central Mediterranean of an estimated one in 10 people, according to the International Organization for Migration.

After a crackdown on the rescue charities by European governments, only two ships are currently in action.

The Libyan coast guard has also been intercepting a growing number of migrant vessels.

Those factors may have prompted traffickers to choose Tunisia rather than Libya for migrant departures, and in wooden boats rather than overcrowded and flimsy dinghies.

"Now it is no longer just groups of self-organised Tunisians who are using the small boats, but powerful groups of Libyan and Central African traffickers," the Repubblica's migrant correspondent Alessandra Ziniti said.

"Hundreds of migrants are being moved to the beaches on the Libyan-Tunisian border," she said, adding that "columns of pickups and vans travel between Tunisia and Libya at night as border authorities look the other way".

Interior ministers from Finland, France, Germany, Italy and Malta will meet in Valletta Monday to try to come up with an automatic system to distribute those rescued in the central Mediterranean.

Such a deal may not apply however to those who arrive on the so-called "phantom" boats.