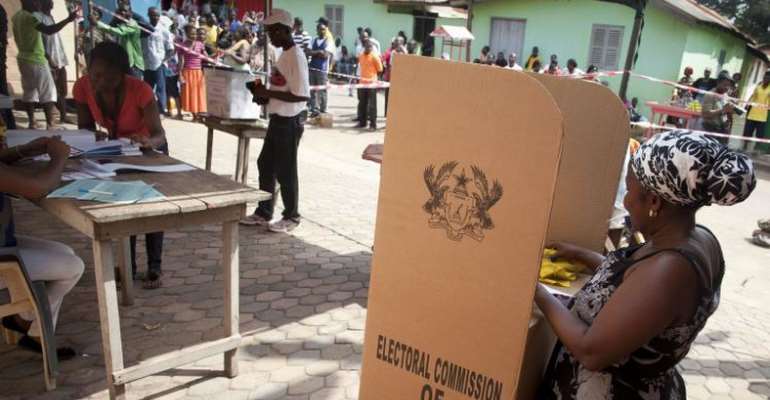 The Acting Public Affairs Director of the Electoral Commission, Mrs Sylvia Annoh, said the allegations by the leadership of the National Democratic Congress(NDC) in sections of the media on the ongoing exhibition of the voters register were calculated and targeted at creating an erroneous impression about the EC and cause disaffection between its leadership and the general public.

It said the party should have used a formal channel to communicate its concerns to the commission.

Raising issues in the media
“It is unfortunate that the NDC continues to use the media to raise concerns which can easily be resolved after deliberations with the Electoral Commission,“it said.

The National Chairman of the NDC, Mr Samuel Ofosu Ampofo, at a media interaction on Thursday alleged that the EC was manipulating the electoral process.

Mr Ofosu Ampofo enumerated issues including; late arrival of registers, incomplete and absence of portions of the 2012, 2016 and 2019 voters register.

The commission in its statement responded that the essence of the exhibition exercise was to afford all registered voters the opportunity to check and verify their names and particulars in order to make corrections to mistakes on their details.

It reiterated that the provisional voters register was exhibited at all polling stations to enable all stakeholders and registered voters to assist the process of cleaning the register.

“For the information of the general public, the voters registration exercise took place from June 17 to July 7. This means the EC has until the end of September to submit the provisional register to the NDC. This will be done before then” it said.

The statement stated that the EC was open to constructive feedback and dialogue and encouraged all stakeholders to offer constructive criticism to strengthen its operations.

It said the commission remained committed to carrying out its mandate as existed in the 1992 Constitution.