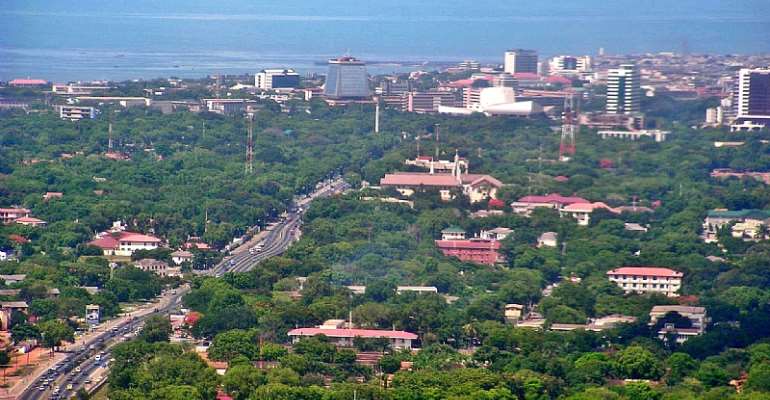 The author of the book Envision Ghana from Third World to the Best, Mr William Kofi Dowokpor, has made a call on the national leadership, particularly the President, Nana Addo Dankwa Akufo-Addo to call for a national transformational development conference with all stakeholders to validate the 40-year national development framework drawn by the National Development Planning Commission (NDPC).

That meeting, he said, should also find space for the Ghana Beyond Aid agenda and together with all the citizenry, begin the process of building Ghana into a high income nation by the year 2057.”

He said the promise that the country held and its projection at independence in 1957 of becoming a middle income country by 1975 was never attained due to the many interventions by the military, as well as bad governance.

He said there was a plethora of books and articles that had analysed why the promise was lost but fell short of putting forward workable solutions to redeem the vision of the country as an economic super-power and from where other African nations could find hope.

Book launch
Mr Dowopkor was speaking at the launch of his book in Accra.

He said his book revealed the faulty foundation on which the country’s democratic electoral superstructure had been built over the past 27 years and that it showed why and how the foundation needed to be retrofitted by way of constitutional amendments, institutional reforms and changes in individual and societal attitudes.

The book, he said, gives a detailed plan on how Ghana could be transformed from a low income to a high income country.

Mr Dowopkor is a lawyer and a member of the Progressive People’s Party (PPP).

The book gives account of ways to move the country to a new level with a very high gross domestic product (GDP) by 2057 when it attains and celebrates 100 years of independence.

The book
The book has 136 pages and is divided into five parts. Chapter one asks the question; “How do you want Ghana to be in the next 40 years, when we celebrate Ghana @ 100?” and considers the country’s aims and how it can be attained within one generation.

Chapter two of the book dwells on the changes that must take place to get the nation on track to attain the purpose, while Chapter Three, shares ideas on bringing the Ghanaian economy on solid grounds with the people at the heart of it.

The fourth chapter identifies resources needed for the economic transformation and how they could be mobilised with chapter five directing attention to Ghana’s role as host of the African Continental Free Trade Area (AfCFTA) in the 21st century.

Improving living conditions
In his remarks, the National Chairman of the PPP, Nii Allotey Brew-Hammond, said the leaders of the country had failed the people and indicated that “the foundation in Ghana today is not very good as too many nationals compete with goats and cows for contaminated water to drink and with many living in substandard housing, including kiosks and shacks without electricity and good drinking water.