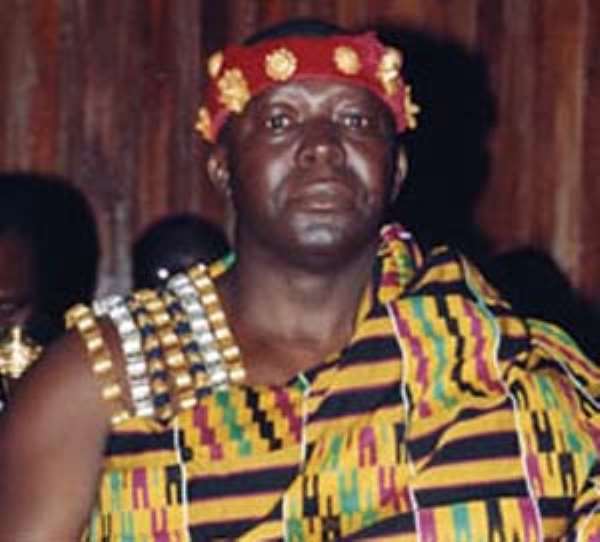 Following his high-level disclosure to participants at the UN Forum on the Culture of Peace, a global forum for which he had been specially invited, that but for his timely intervention in both the frenetic events leading to the 2016 general election and immediately thereafter, the loser of the Presidential part of the election could very well have thrown the nation into a tizzy or unnecessary unrest, the loser, former President John Dramani Mahama, has come public virulently swinging at The Asantehene, Otumfuo Osei-Tutu, II. In a press release signed by his former electioneering campaign pinch-hitting Presidential Chief-of-Staff, Mr. Julius Debrah, Mr. has taken exception and seriously called the credibility of Otumfuo Osei-Tutu into question (See “Mahama Challenges Otumfuo on 2016 Election Concession” TheChronicle.com / Ghanaweb.com 9/16/19).

Mr. Mahama acknowledges the fact that, indeed, The Asantehene had done some diplomatic public relations work that was geared towards ensuring a peaceful election and a violence-free transfer of power by the loser to the winner, to wit, then-Candidate Addo Dankwa Akufo-Addo. But the former President would want prominent and powerful members of the global community to fully appreciate the fact that the decision to concede defeat to the now-President Akufo-Addo was taken exclusively of his own accord or volition, in consultation with then-Vice-President Kwesi Bekoe Amissah-Arthur, late, the presidential second-bananas whose own wife and widow, Mrs. Matilda Amissah-Arthur, angrily and caustically noted during her late husband’s state-sponsored funeral, that as Vice-President, Mr. Amissah-Arthur had not been respectfully accorded the practical and/or functional status of his portfolio as the co-elected substantive Vice-President of the Sovereign Democratic Republic of Ghana.

It is equally significant to note here that following Mrs. Amissah-Arthur’s very public, abrasive and pontifical allegation, Mr. Alban SK Bagbin, the Second-Deputy Speaker of Ghana’s Parliament and the longest-serving Member of Parliament on the ticket of the country’s main opposition National Democratic Congress, has also publicly stated that, indeed, it was a Mahama Presidential Staffer by the name of Mr. Stanislav X. Dogbe who had acted as Ghana’s de facto President throughout the four-and-half-year tenure of Mr. Mahama, and not the latter, let alone then-Vice-President Amissah-Arthur. Indeed, legend even has it that once then-President Mahama had dispatched Vice-President Amissah-Arthur to the Nigerian capital of Abuja on an official assignment, only to have his Presidential Staffer, Mr. Stanislav Dogbe, promptly demand that the presidential jet on which Mr. Amissah-Arthur was flying to Abuja be promptly returned to its base at either the Ghana Airforce Base or the Kotoka International Airport, I forget which.

In sum, the crystal clear inference here is that when it comes to determining or judging the credibility of former President John Dramani Mahama and that of Otumfuo Osei-Tutu, II, who, by the way, played a critical role in the definitive resolution of the Yendi Skin Crisis or the Dagbon Chieftaincy Affair, it is definitely The Asantehene who comes up on top hands down, literally speaking. What is also crystal clear here but may not be readily discernible by many an avid observer or student of Ghanaian political culture, is the unmistakable fact that the now-Candidate John Dramani Mahama may very well be preparing to create some sort of political upheaval in the country, in the highly likely event of him losing the 2020 Presidential Election by an even larger margin than the one-million votes that he lost to then-Candidate Akufo-Addo in the 2016 Presidential Election.

If this observation has bite or validity, then President Akufo-Addo and the rest of the top leadership of the ruling New Patriotic Party had better take notice and sit up and be fully prepared for the catastrophic worst in both the leadup and the aftermath of next year’s election.