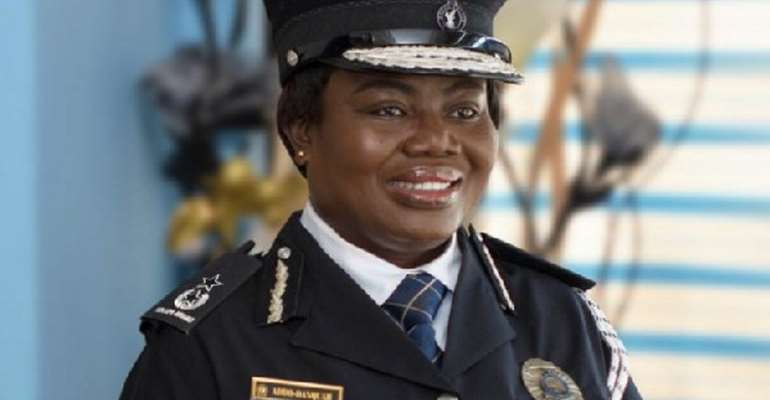 I have described Maame Yaa Tiwaa Addo Danquah, the Director-General of the Criminal Investigations Department (CID) of the Ghana Police Service (GPS), as one who scandalously exhibits the symptoms of a mildly retarded personality and ought not to be in the pay of the Ghana Police Service, let alone be placed in the highly sensitive and intellectually exacting post of National Head of the Criminal Investigations Department of the Ghana Police Service. I still maintain this stance which I adopted after having fully convinced myself that Maame Yaa Tiwaa Addo-Danquah was qualified for just about any top post in the GPS, except the posts of CID Chief and the Inspector-General of the GPS (IGP). This was after Mr. Kwame Asare-Obeng had secretly recorded Ms. Addo-Danquah in what clearly appeared to be her abject lack of common sense and professionalism in the handling of an allegation of corruption that Mr. Asare-Obeng, also popularly known as A-Plus, had brought against the two Deputy Chiefs-of-Staff of President Addo Dankwa Akufo-Addo.

Instead of promptly setting to work by having Messrs. Assenso-Boakye and Abu Jinapor investigated, the then newly appointed CID Chief proceeded to unprofessionally fraternize by scandalously playing the role of a party insider and mediator by earnestly and embarrassingly pleading with Mr. Asare-Obeng to take whatever grievances that he claimed to have against these two men to the New Patriotic Party’s Kokomlemle Headquarters. In of itself, to be certain, the sort of advice provided Mr. Asare-Obeng, the locally renowned Rap or Hiplife artist, by the CID Chief was not wrong. What was inexcusable was for the CID’s boss to have allowed A-Plus to record their conversation surreptitiously without ensuring, beforehand, that the complainant had been thoroughly searched in order to prevent the possibility of any mischievous attempt of leaking the details of the discussions that transpired during the course of that encounter. An initial listening of the secretly recorded conversation embarrassingly sounded almost as if the two interlocutors had a relationship that went well beyond the purely professional and formal. That was precisely when I decided that if Nana Akufo-Addo did not promptly move to have Maame Yaa Tiwaa Addo-Danquah transferred to a more professionally suitable post, there was bound to be hell to pay, as it were, shortly down the pike.

Paradoxically, her chain of goofs has provided an instructive insight into the veritable charade that is the entire establishment of the Ghana Police Service. In the case of the savage kidnaping of the four Takoradi young women – namely, Ruth Love Quayson, Ruth Abaka, Priscilla Blessing Bentum and Priscilla Mantsebea Koranchie – what became disturbingly clear was that there well appeared to be a tacit hands-off understanding between the personnel of the GPS and the criminal community in the country, especially the blatantly murderous Nigerian criminal gangs and thugs operating in the country that well appear to have found a bonanza quarry in Ghana. We have also known for quite sometime now, at least since the abduction of the two Canadian young white women by elements allegedly sponsored by some key operatives of the main opposition National Democratic Congress (NDC) and their Nigerian-originated criminal collaborators, that the “Takoradi Kidnapped Girls” or victims were never on the list of the top-priority agenda of the leaders and commanders of the Ghana Police Service.

This is what makes the call by Prof. Kenneth Agyeman-Attafuah for the CID Chief’s resignation all the more imperative. Indeed, the call by the Executive-Secretary of the National Identification Authority (NIA) for Maame Yaa Tiwaa Addo-Danquah to be promptly relieved of her post must be taken seriously by President Akufo-Addo, because the “caller” has the respected authority and credibility of a first-rate professional criminologist and a lawyer of reputable standing both within the country and abroad, especially in the ECOWAS sub-region. In the recent past, the CID Chief has given the general Ghanaian public a very clear signal that she is highly unlikely to depart voluntarily without the necessary pushout or heave-ho from Jubilee House. In all likelihood, if either the Minister of the Interior or Jubilee House does not promptly move to have Maame Yaa Tiwaa Addo-Danquah removed from the service or posted to a more professionally suitable position, the CID boss is certain to become a major electioneering campaign issue, especially when the very critical question of national security comes up for debate.

Of course, we also need to equally significantly recognize the fact that the problem of the apparently gross incompetence of the CID Chief is more systemic than individualized or localized. In short, the entire Ghana Police Service establishment needs a thoroughgoing overhaul and procedural reconfiguration, if the nation is not to be completely taken over by foreign criminal gangs.