Visionary Leaders Plan And Pay For The Future – Gabby 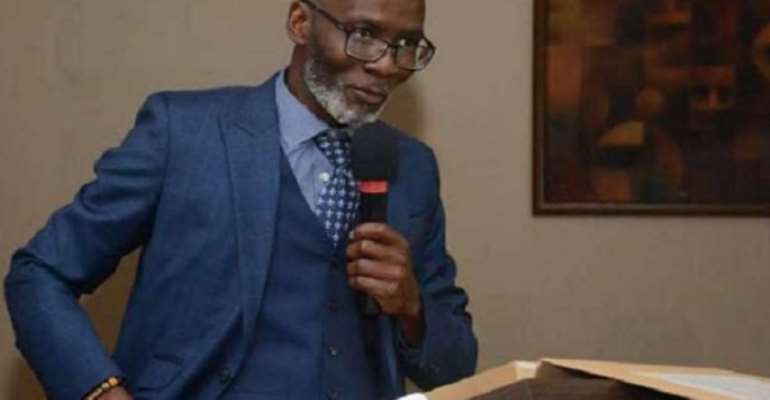 New Patriotic Party (NPP) member, who is also the publisher of the New Statesman newspaper, Gabby Asare Otchere Darko has described the current President of the Republic of Ghana, Nana Akufo-Addo, as visionary.

Speaking on a popular current affairs programme, Good Evening Ghana show on Metro TV on Thursday, the NPP firebrand noted that it only takes a visionary person to plan for programs and policies that would outlive him.

According to Mr Otchere Darko, policies being implemented by the President such as the Free senior high education programme, one village one dam, one constituency one million dollars and others are the testament of the attributes of a visionary leader.

These programmes, he mentioned, would set the Ghanaian economy on a sound footing and restore investor confidence when all of them come on stream.

''It takes a visionary person to come out with policies that would outlive him and benefit the larger society and that is what Nana Akufo-Addo represents'', Mr Darko posited.

On the Energy sector, Mr Otchere Darko said the NPP decided to streamline activities within the sector so as to ensure efficient delivery.

The ECG, he noted, had shown signs of inefficiency in collecting revenue to sustain the energy sector, therefore, the concession to the Power Distribution Services (PDS) was only meant to ensure efficiency in the sector.

These prudent measures, the NPP firebrand mentioned, has helped to shape up the power system in the country, saying ''We came to power to resolve the debilitating condition in the Energy sector where “dumsor” had reached the crescendo and affected businesses''.

Mr Otchere Darko revealed that the main opposition National Democratic Congress (NDC) is determined to use all foul strategies to dent the image of the ruling government, adding that the NDC has no message to sell to the public and has therefore resorted to all manner of frivolous claims of corruption.

Mr Otchere Darko stated that the NDC was not an alternative to the NPP in any way since their term in office proved their incompetence in all spheres of the economy.

''John Mahama has no message and has resorted to claims to better the policies being implemented by the NPP knowing that is the only way to trick Ghanaians to vote for him in 2020'', Mr Otchere Darko stated, adding that the NDC flag-bearer has nothing to offer Ghanaians hence the attempt to now endorse the policies of the NPP and claim he would better when he wins power.