Eye on France: Rebel without a pause 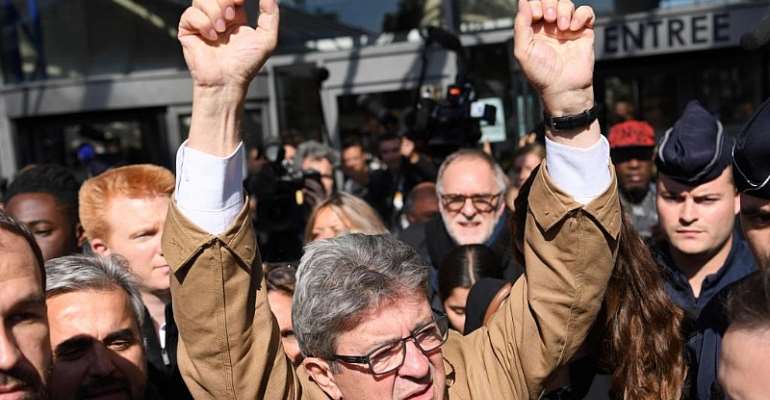 Jean-Luc Mélenchon, leader of the hard-left France Unbowed party, was in court yesterday and this morning, charged with rebellion, provocation and intimidation. To say nothing of separate suspicions about EU money and the 2017 presidential election campaign.

They take rebellion seriously here in France.
This is one of the crimes the Mélenchon allegedly committed during clashes with police and magistrates when they raided his home and party offices last October.

Those raids were part of a long-running investigation into the alleged misuse of European parliamentary funds by Jean-Luc's party. France Unbowed is suspected of having used Europe's cash to pay staff for work carried out in France. Work which had nothing whatsoever to do with Europe. Police are also looking into allegations of irregularities in Jean-Luc Mélenchon's 2017 presidential campaign accounts.

If found guilty, Mélenchon could face up to ten years in jail and a fine of 150,000 euros.

Harrowing headlines
“Mélenchon refuses to bend the knee” says Le Figaro. The right-wing daily notes that the French electorate has already issued a verdict, 72 percent of those questioned for a poll in today's paper saying they have a bad or very bad opinion of the hard-left leader. He is described as “aggressive,” “unsympathetic” and “dishonest”.

“We are all victims before the law,” Le Monde quotes the accused as saying.

“A day of jousting,” is how left-leaning Libération sees yesterday's courtroom clash between the hard-left leader and Eric Dupond-Moretti, the mega-star lawyer who is representing the police against Jean-Luc.

The party leader refused to answer several questions. Before counter-attacking violently: “That's it. Go ahead,” he told Dupond-Moretti. “Be rude instead of beating about the bush with your nasty little enquiries.”

“I know what I'm doing,” said the lawyer.
“Yes,” replied Jean-Luc, scathing, “I've seen you do it on telly!” And so it went between the two, like a tennis match played with fire bombs.

The judge was reduced to a spectator.
A trial already decided on TV
Television played a crucial role on the first day. The court was treated to several sequences which we've all seen, since the October office investigation was filmed by TV news teams, by journalists, by the police, by party members with their phones. The telly took up the whole of yesterday morning.

After which the presiding judge said he didn't really have any questions.

With a strange disregard for the presumption of innocence, he told Jean-Luc Mélenchon that “the reality of the charges against you is established. The pictures are the proof.”

The pictures, yes, in which we see Mélenchon leading the charge as a scrum of party faithful charge the door of his Paris office. Party members wrestling with uniformed police officers. Pushing, shoving, furniture going over. Bodies on the ground. In a rugby match, the referee would have sent somebody to the sin bin.

In this case, it was the investigators who were sent off, unable to do their work under such hostile conditions.

A chaotic clash of styles
The pictures did not impress the hard-left leader. “Pictures,” he announced scornfully, “they've been used to tell lies for two thousand years.”

Then, there is the soundtrack. In which a party activist jumps on a police officer saying, “don't touch me”. Only for the imperturbable official to point out calmly that “Monsieur, it is you who is touching me”.

And the phrase which, if nothing else, will earn Jean-Luc Mélenchon his place in the history books: “I am the Republic!” he emphatically told the chief investigator, eyeball to eyeball.  When the hard left start sounding like French royalty, you know that the pressure is on.

The accused still managed to get in a few digs at the judge, telling him at one stage that “accusing an unbowed of rebellion is a pleonasm”. The judge said nothing in reply.

He also apologised to the chief investigator, with perhaps a hint of irony:

“I deeply regret that my decibel level so upset you that you had to take seven days off work on sick leave.”

In a loud whisper, Eric Dupond-Moretti the lawyer uttered the word “mockery”.

We'll see who's mocking who when the judges announce their decision.