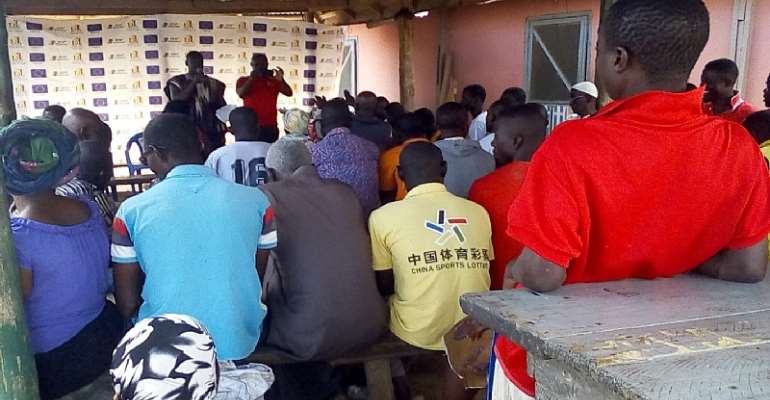 The Atebubu-Amantin office of the National Commission for Civic Education NCCE has held a day’s sensitization durbar on public accountability and environmental governance at New Kokrompe a predominantly farming community in the municipality.

According to the municipal director of the commission Mr. Patrick Tampugre, the realization of the detrimental effects of corruption and environmental degradation on the country led to the Accountability, Rule of Law and Anti-corruption ARAP programme which started 2 years ago in all 260 districts of the country with support from the European Union.

He said the programme aims at sensitizing the people on the ills of the 2 problems and also seek their views on how best to deal with them.

The programme officer of the commission, Mr. Owusu Brenyah took the gathering through the results of a regional focus group discussion held earlier in Techiman.

He also spoke about the negative effects of environmental degradation and the need to put a stop to it.

An anti-corruption champion of the Ghana Integrity Initiative GII, Mr. Seth Opoku Mensah defined corruption as ‘the abuse of entrusted power for private gain’ breaking it down into fraud, nepotism and extortion.

He took the meeting through the ‘whistle blowers act’ act 720 of 2006 which protects people who help unearth acts of corruption.

He spoke about who or bodies to whom complaints could be made, forms of crimes that could be reported, what a recipient of information is expected to do, forms of protection available to a whistle blower and the benefits of whistle blowing.

Participants asked various questions to which answers were provided as well as made some suggestion towards a reduction in corruption.

LGBTQI+ debate: Be tolerant of each others views — Akufo-Add...
31 minutes ago