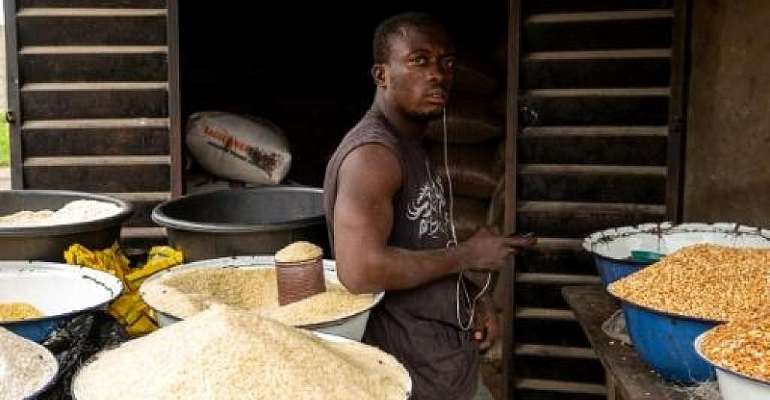 Nigeria now produces more than 4.8 million tons of rice, an increase of 60 percent since 2013, most of the production coming from President Muhammadu Buhari's northern political stronghold.

There is a strong political incentive behind the Nigerian leader's decision to pursue this crackdown against rice smuggling, according to Nigerian economist Adedayo Ademuwagun.

According to the Lagos-based political risk consultant, Buhari is unfortunately "implementing the policy at an extreme level".

"Local rice production is still not enough for Nigeria's 190 million inhabitants, who spend about a tenth of their food budget on the staple," argues Ademuwagun.

The economist's argument is buttressed by skyrocketing prices.

These prices are according to Todowede Baba Oja, director of the popular Badagry market on the Nigeria-Benin border.

Prior to this month's border closure, some 3,000 sacks of imported rice were being smuggled into Nigeria every day by motorbike riders, he says.

Indications now are that the supply gap created by the border closure has instead created the perfect conditions for a flourishing imported rice black market.

“They go after smugglers who can give them bribes,” says Albert Setonji, a tour operator in Badagry.

“People are smuggling ammunition under the guise of rice and turkey.

“They just collect money thinking it is rice or regular businesses,” Setonji said.

The comptroller general of Nigeria's Customs Service has vowed to keep the borders closed until Nigeria's neighbours comply with legislation on imported goods.

But according to Adedayo Ademuwagun, the “rice policy” which is driving the closure is all about politics.

“It is compensation for rice farmers who voted for President Muhammadu Buhari when he was running for re-election in 2019,” insists the political risk consultant based in Lagos.