Mahama Created His Own Controversy, Not Asantehene 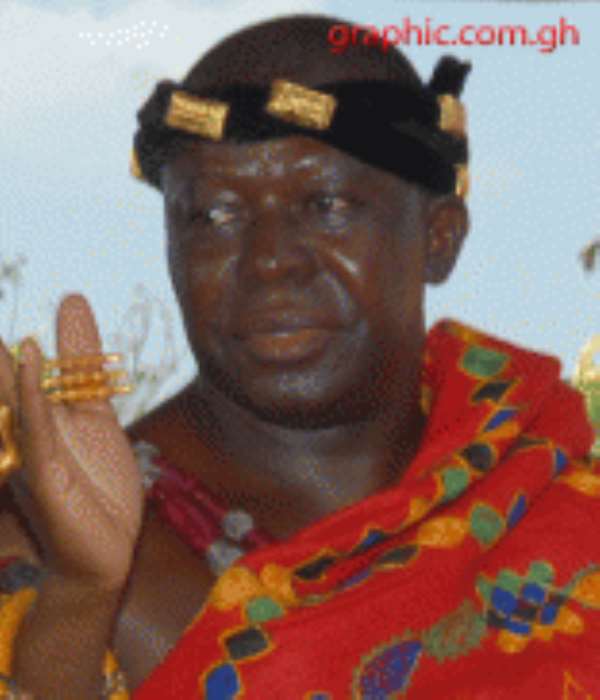 Contrary to what Mr. Johnson Asiedu-Nketia would have the general Ghanaian public believe, if anybody has created any diversionary controversy in the wake of Otumfuo Osei-Tutu’s brilliant presentation at the New York City Headquarters of the United Nations Organization (UN), recently, that personality is none other than a megalomaniacally desperate former President John Dramani Mahama, who has cavalierly, if also crassly, presumed to impugn the credibility of The Asantehene, Otumfuo Osei-Tutu, II, vis-à-vis the drawn-out decision by the former President to concede defeat to then-Candidate Addo Dankwa Akufo-Addo in the wake of the 2016 Presidential Election (See “You Can’t Use Otumfuo’s Comment to Divert Attention – NDC to NPP” Modernghana.com 9/17/19).

Actually, it is an increasingly politically irrelevant National Democratic Congress’ leadership that has been trying, without much success, to divert attention from its patent irrelevance to the steady course of the progress and development of the country. Anyway, at a recent forum on the promotion of the culture of peace and democracy that was sponsored by the UN in New York City, Otumfuo Osei-Tutu reportedly noted the statesmanship role that he and other major traditional Ghanaian rulers have played in both the maintenance of law and order in the country, as well as the solidification and strengthening of democratic culture in the country. As a case in point, he cited the example of how he had persuaded a reluctant incumbent President John Dramani Mahama to call then-Candidate Akufo-Addo and gracefully concede defeat in the apocalyptic aftermath of the 2016 Presidential Election.

An apparently self-absorbed and politically desperate Mr. Mahama, obviously feeling his self-conferred democratic credentials to have intemperately been called into question by The Asantehene, got his former election-time Chief-of-Staff, Mr. Julius Debrah, to fire off a press release hotly challenging the credibility and authenticity of Otumfuo Osei-Tutu’s version of the events that transpired behind closed doors between Messrs. Mahama and Akufo-Addo, on the one hand, with The Asantehene playing the statesmanship role of a chaperon and a midwife. The problem here is that, even as Mr. Amadu Sulley, the former Deputy Electoral Commissioner, was widely reported by the media to have noted during the course of the election returns, that a visibly bemused Mrs. Charlotte Kesson-Smith Osei, the extant Chairperson of the Electoral Commission, had expressed utter disbelief that the returns figures that were filtering through the computerized system in the Electoral Commission’s Strong Room/Command Center were significantly different from the figures that Mrs. Osei had evidently been fed with beforehand by undisclosed sources.

The foregoing, we were told, had made an equally stunned and visibly traumatized Chief-Returning-Officer Osei extremely reluctant to promptly announce the final results of the 2016 Presidential Election. Indeed, legend has it that Mrs. Osei had to be literally forced to announce the results of the 2016 Presidential Election. Shortly thereafter, it would be reported by the media that Mrs. Osei had virulently accused Mr. Sulley of having illegally imported some additional figures of votes that were promptly tallied in favor of then-Candidate Akufo-Addo. There were, as well, other counteraccusations that faulted the Charlotte Osei-NDC Camp with being guilty of precisely the same electoral illegality that the latter had reportedly accused the Sulley Group of being flagrantly culpable of. We must also quickly point out that another global and local diplomatic and political titan who was widely alleged to have convinced then-President Mahama to concede defeat was the late Mr. Kofi Annan, the former Secretary-General of the United Nations.

On the latter count, the story went, as I vividly recall, that Mr. Annan had personally phoned then-President Mahama to strongly warn the latter that there existed overwhelming and incontrovertible evidence that Candidate Akufo-Addo had massively carried the vote, and that there was absolutely nothing else for the presidential incumbent to do than to wisely and gracefully concede defeat. At any rate, if Mr. Asiedu-Nketia was really of the deep-seated conviction that publicly and pompously and pontifically and inadvisably contradicting or calling the credibility of Otumfuo Osei-Tutu, II, into question was “a completely needless diversionary tactic,” the dynastic General-Secretary of the main opposition National Democratic Congress would have promptly intervened to prevent Mr. Mahama from making such a globally epic nuisance of himself.

Now, not only Ghanaians but, indeed, the entire proverbial international community has come to full-knowledge of what those of us on the proverbial Ground Zero have always known the former Atta-Mills’ arch-lieutenant to be… a pathological liar and a ruthless megalomaniac who would stop at nothing, including the global defamation of The Asantehene, unarguably the most powerful Ghanaian traditional ruler, to accede to the presidency.

Gov't sets up committee to ensure vaccine development in Gha...
36 minutes ago