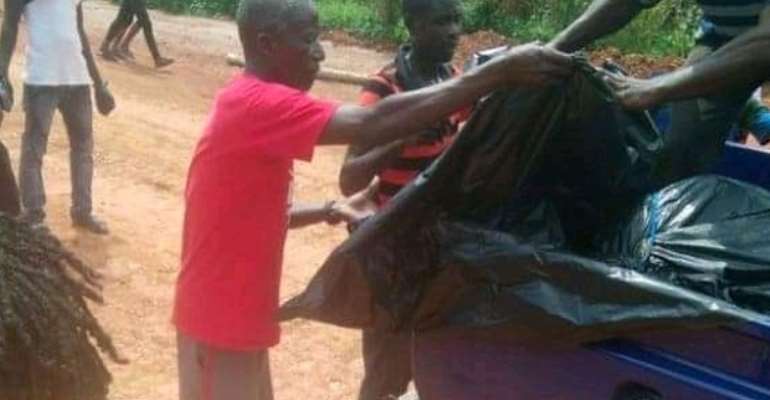 Body of Frank Acheampong being conveyed into a car

The body of a man has been recovered from a muddy-filled pit at a gold mining site in the Manso-Aboabo community in the Amansie West District of the Ashanti Region.

The Manso-Mpatoam Zonal Coordinator of the National Disaster Management Organization (NADMO), Kingsley Amoah, said the man, who is 48 and identified as Frank Acheampong, was reportedly missing last Friday.

The body was recovered by a team following a search on Sunday at the mining site.

Mr. Amoah said Frank Acheampong was the second person to have died in the abandoned pit believed to have been dug by illegal miners, popularly known as 'galamsey' operators.

According to him, a primary six pupil was found dead in the pit on September 12, 2019, raising concerns about illegal pits left uncovered in the area.

The NADMO coordinator said the decomposed body of Frank was taken to the morgue by police detectives who thronged the scene to commission investigation into the incident.