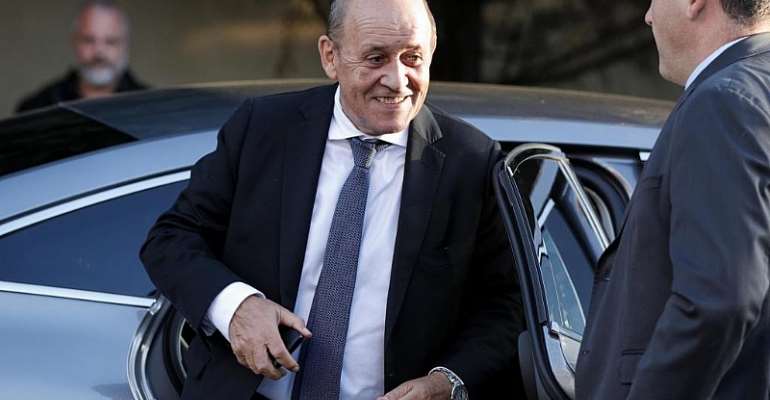 French judges have ordered a trial for seven people accused of organising a scam to trick rich targets out of millions of euros by impersonating Jean-Yves Le Drian, one of France's top politicians.

Using a silicone mask, the suspects tied to convince business chiefs and heads of state that they were speaking to Le Drian who was then the defence minister.

Two Franco-Israeli suspects, Gilbert Chikli and Anthony Lasarevitsch, are thought to be the masterminds of the group facing trial for fraud.

The pair were arrested in Ukraine in August 2017, two years after Chikli was convicted in absentia in France to seven years in prison for fake CEO scams in 2005 and 2006.

After fleeing France for Israel in 2009, investigators say Chikli and his associates embarked in 2015 on a new hoax: posing as Le Drian.

Dishonest phone calls
Sometimes they simply telephoned their targets, but in video conferences, a man would also don a silicone mask and pose as Le Drian asking for behind-the-scenes help in delicate matters of state.

The victims would be asked to wire money to secretly pay ransom for hostages or to finance anti-terrorism operations.

The group even tried to convince the Tunisian government to put up 19 million euros to buy four Airbus Tigre attack helicopters.

Targets
Prince Shah Karim al-Husseini, better known as the Aga Khan, was one of four people who fell for the trick.

In March 2016, his AKDN foundation made bank transfers totalling 20 million euros to accounts in France, Poland and China.

Some of the transfers were later blocked but eight million euros disappeared without trace.

Another victim was the Turkish business magnate Inan Kirac. He wired more than 40 million euros to Chinese and United Arab Emirates accounts thinking he was paying a ransom for two journalists held hostage in Syria.

Investigators say those who fell for the scam were contacted only by telephone, and did not see the fake Le Drian by video.