By Pascale Davies with AFP bureaus around the world 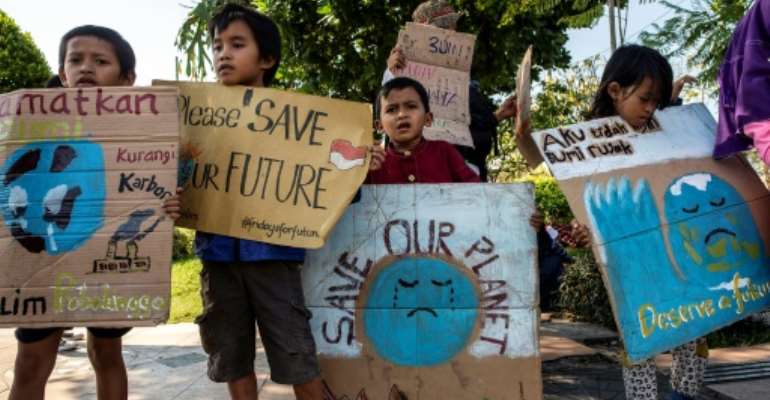 Children from Asia to Europe skipped school and took to the streets for the climate protest. By Juni Kriswanto (AFP)

It was expected to be the biggest protest ever against the threat posed to the planet by climate change.

Yelling slogans and waving placards, children and adults across Asia and the Pacific kicked off the protest, which spread later to Africa and Europe with huge crowds filling the streets.

"We are the future. We are schoolchildren and we are not going to school," said Vihaan Agarwal, 15, protesting in Delhi. 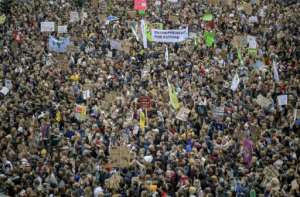 Thousands of climate protesters crowded in the centre of Hamburg. By Axel Heimken (dpa/AFP)

"We believe there is no point in going to school if we are not going to have a future to live in."

"Stop climate change now", "There is no planet B", "Wake up!" read some of the signs brandished by demonstrators in a trendy central shopping district of Tokyo.

"We adults caused this planet emergency," said one of them, Chika Maruta, 32, marching with her colleagues from a cosmetics company.

"We should take our responsibilities for the next generation."

On the eve of the strikes, she insisted solutions were being "ignored".

"Everything counts, what you do counts," she said in a video message to supporters. 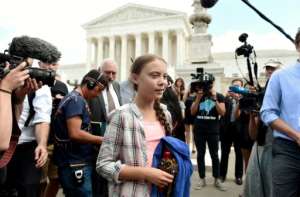 "We have to reduce our carbon footprints to pretty much nothing in the next 12 years, otherwise there will be drastic consequences," said 15-year-old Jonathan Lithgow, one of about 500 children and adults demonstrating in Johannesbourg.

He said his school gave students permission to take part in the march.

The demonstrations were due to culminate in New York, where 1.1 million students in around 1,800 public schools have been permitted to skip school. 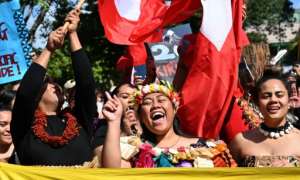 As the sun rose above the international dateline, events began in the deluge-threatened Pacific Islands of Vanuatu, the Solomons and Kiribati -- where children chanted "We are not sinking, we are fighting".

There was a similar sense of defiance across Asia.

"We are the future and we deserve better," 12-year-old Lilly Satidtanasarn -- known as "Thailand's Greta" for her campaigning against plastic bags in malls -- told AFP in Bangkok.

The adults "have just been talking about it, but they're not doing anything," she said. "We don't want excuses."

'You're being lied to'

In Australia, some local authorities, schools and business encouraged people to take part in the strikes. 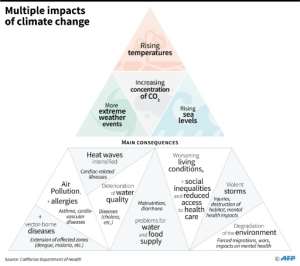 The changing environment has become a daily fact of life in Australia, struck in recent years by droughts, more intense bushfires, devastating floods and the blanching of the Great Barrier Reef.

But the protests also laid bare resistance from those who question the threat. 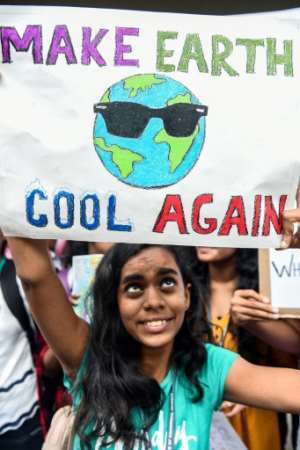 Australian ruling coalition parliamentarian Craig Kelly on Thursday warned children that "everything you're told is a lie".

"The facts are, there is no link between climate change and drought, polar bears are increasing in number."

Some authorities warned that absences from school on Friday must be explained -- but school pupils were undeterred.

"We're here to send a message to people in power —- the politicians, showing them that we care and this is really important to us," said 16-year-old Will Connor.

An increasing number of businesses backed the protests.

Amazon chief Jeff Bezos on Thursday pledged to make the US technology and retail giant carbon neutral by 2040 and encourage other firms to do likewise. 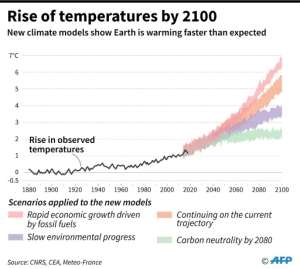 Friday's mass action set the scene for a range of high-profile climate events in New York.

UN Secretary-General Antonio Guterres will then host an emergency summit on Monday in which he will urge world leaders to raise their commitments made in the 2015 Paris climate accord.

The scientific report from the Intergovernmental Panel on Climate Change (IPCC) will be put to a gathering of experts from 195 countries meeting in Morocco from Friday.