Much Ado About A DNA 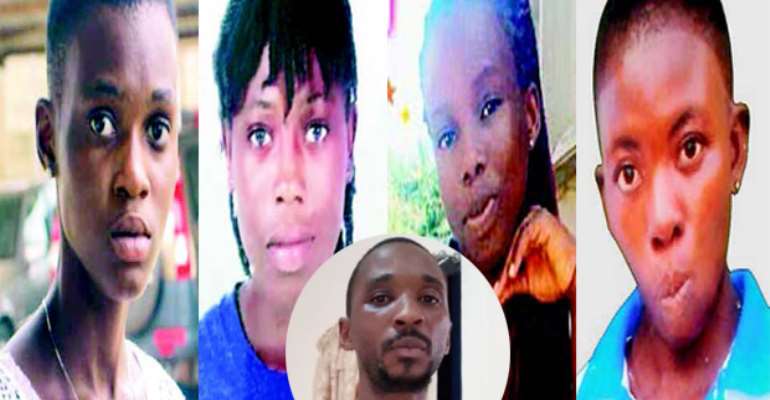 The brouhaha over the missing Takoradi girls and the matters arising are as unsurprising as they are rueful.

We would have rather things did not take this turn but matters of this state are beyond the remit of mortals.

With so many persons not really bothered about the sensibilities of the families of the girls jumping into the fray the way we are witnessing it, a high decibel cacophony is bound to happen.

Human lives are feared perished as per DNA reports, a disturbing situation which should not be taken lightly. Under the circumstances, the mood of the parents against the backdrop of suspicions and manoeuvres of external persons unrelated to the families should not be ignored as factors which feed the case with the fuel to delay a closure.

As we pointed out in an earlier editorial, the pain of the family and their demands should not be ignored.

We do not have issues with the families of the missing girls casting doubts about the integrity of the DNA results. They are entitled to being convinced or the second opinion option considered.

We would continue to regard the girls missing as a means of dealing with the subject in a measured manner and in deference to the sensibilities of the parents who do not think that they are no more.

Our beef, however, as it is with others who have carefully observed the developing imbroglio over the subject is the turning of the subject into sources of tangible and intangible dividends. We find this unfair and cheap under the circumstances. Why would such persons and groups who for want of something to hold on to in their failing political projects exploit such a pathetic situation?

Some NGOs have jumped into the fray head on. What an opportunity for them to raise more funding from their foreign sponsors.

With the subject finding airtime on BBC yesterday, a feminine gender-based NGO was offered an opportunity to state a view on the subject. The CID boss was on the receiving end and joined rather subtly is government both receiving verbal bashings.  If government can respond through the Information Minister and others she cannot her uniform, not allowing her to join such polemics.

This is a subject whose closure is not going to happen anytime soon as we would have expected as a nation: it serves to delay the healing process for the families which is not what we wish.

Prof. Badu Akosah's call for the display of the details of the DNA report and a second opinion must be considered if these would bring closure to the sore this has inflicted on not only the family but also the country as a whole.

There appears to have been a measured disclosure of the DNA report which we think    should not have been so.

When suspicions engulf a subject, as in the matter under review, no detail should be left out to give room for entangling questions. The families should be convinced beyond reasonable doubt that what they are being fed with the truth and nothing but the truth.