Asamang Hospital : Pre-Term Babies Dying Due To Lack Of Equipment 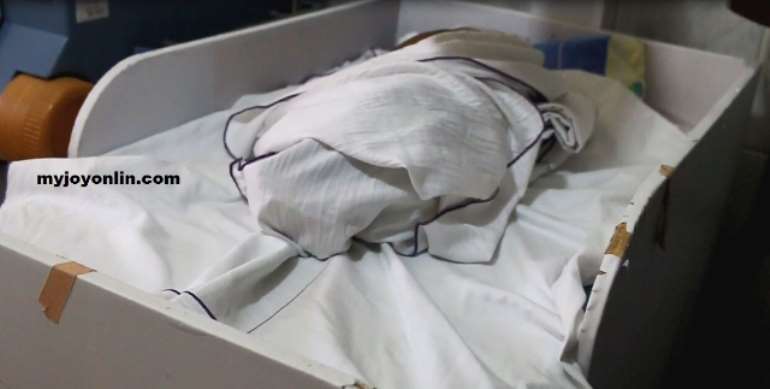 Regrettably, however, majority of the babies die due to lack of incubators and phototherapy equipment for proper care.

Medical Superintendent, Dr. Kizito Kakra Vormawor, said many cases are referred to the Komfo Anokye Teaching Hospital (KATH), a distance of about 50 kilometres away.

Lack of incubators means doctors have to improvise to keep newborn babies, five in a hole of wooden cubicles.

Administrative challenges to caregivers are compounded by financial constraints of patients and their relatives in managing neonatal cases.

The cost of hiring an ambulance to transport referred babies to KATH compels some to abandon treatment.

According to Dr. Kizito Kakra Vormawor, caregivers are always forced to refer neonatal cases to the KATH as a result of lack of equipment.

He said, many families are unable to afford the cost of referrals to KATH, a situation which results in the death of some babies.

"Sometimes the mother has done a caesarean section and the baby is pre-term [and] the mother cannot move with the baby so you have to refer the baby alone,” Dr. Vormawor disclosed.

Dr. Vormawor added: sometimes the relatives trekking to Komfo Anokye Teaching Hospital and back is also another problem and extreme of cases, sometimes when you refer them, they say they are unable to afford ambulance; they end up not going and eventually the baby is lost."

Thanks, however, to the benevolence of a local charity group, Alex Acheampong Foundation, the hospital has received a lifeline.

The non-governmental organisation has provided equipment worth over 30,000 dollars.

President of the foundation is Dr. Alex Acheampong, a gospel musician, said he was touched by the worrying condition of pre-term babies in Ghana, especially at the Asamang Seventh-Day Adventist Hospital.

"I came to Asamang to assess the condition of those little ones here. But I realised that most of them or the pre-term babies in Ghana, in general, are dying as a result of lack of medical facilities,” he said.

“I have to also come to donate something so that is the main reason I am donating this incubator and the phototherapy set particularly to the Asamang SDA Hospital."